Folks, Let me come straight to the point…..

We all know right before, iOS and Android-based applications dominate the world with 5.5 million apps, and just because of that if you choose any other way for developing your application, soon you will bring it down in business.

Let’s jump into the ocean of knowledge.

Should We Move Our App To React Native?

See, after its introduction in 2015, React Native is getting success and success day by day without giving any downward sign. But, that doesn’t mean that migrating to React Native is just having a cup of tea. It has some complications and challenges. Also the steps that you follow for the process is very important. We will discuss it later.

Let’s focus on “Should we move to React Native”?

I am not going to waste much time and explain to you quickly why you should move to React Native for iOS app development.

Let’s have a look at some significant reasons.

We all know what the growth rate of the mobile app industry is – damn high. In 2021, there are 7 billion mobile users globally. The way the industry is growing from the last couple of years, there is no sign of slowing down in the near future.

Just for that reason hiring mobile app developers is becoming the need of businesses.

Let’s look at some interesting stats.

Based on the research, 70% of people are knowledgeable about React Native, they use it before, prefer to use it, or want to learn more about it.

So, it is clear how React Native is leading the world of mobile application development.

Let’s understand now why one should migrate to React Native for iOS app development and how it benefits your business.

You know what can lead you towards the success of your mobile app, not your brilliant ideas but the technologies you used to develop your mobile app. The right choice of technologies will let you stay in the market for a long time. And we know about the community of React Native and how large it is. And being the baby of Facebook, React Native will not have to face the downside in the future.

React Native is a Perfect Option When:

When you are in a hurry.

When you want your iOS application to be incompatible with other platforms.

React Native has the features of code reusability, it allows you to develop the mobile application for various platforms by using one single codebase without decreasing the quality, performance, and efficiency of your mobile application. According to the research, the cost reuse rates of React native applications are 85% on Skype, 93% for Facebook, and 86% on TaskRabbit.

When you have a limited budget

The calculation for development cost is very simple, the lesser the time you spent on development, the less the budget would be. It is quite surprising but two React Native developers smoothly develop the application in less time than building applications in iOS and Android individually.

When you want to go for cross-platform

When you want iOS functionality in Android one

If your code is written well, without bugs, and stable, you can easily work efficiently on other platforms. React Native is an ideal choice when you want to convert your iOS functionality into your Android version.

When you want frequent updates for iOS.

React Native has the features named hot loading, which allows developers to make the changes as per requirements without downloading the file over again and again.

Now, what are the steps to migrate to React Native for the iOS app?

One of the most difficult tasks for any organization is to decide the best technologies for application development projects and it is more difficult when you have various platforms and programming languages available. Being a developer, you need to have the expertise and high proficiency in various languages and frameworks. With the introduction of React Native, coding issues of the complex projects have been solved,

Payment Posting: Why It Is Necessary For Healthcare

Vital Questions to Ask When Choosing an Urgent Care Clinic in... 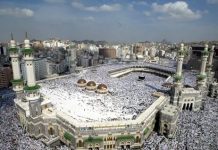 Map for getting affordable hajj packages from uk. 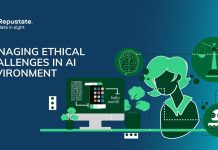 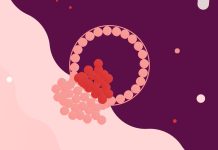 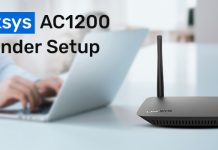