Hajj, one of the world’s major gatherings, is consider to be the most meaningful journey in a Muslim’s life. It is the manifestation of people’s unity and allegiance to Allah. Hajj is one of the five basic pillars of Islam. Every Believer is obligate to accomplish Hajj once in his or her life when he or she is economically and medically capable of doing so.

For Muslims, Hajj is a sacred event of conducting Islamic practices at sacred sites and seeking Allah’s endless bounties “When a pilgrim gets back home after doing Hajj, he returns as he was on the day when his mother had given birth to him,” says Prophet Muhammad (PBUH). This Hadith clearly demonstrates the value of doing Hajj. Hajj is a collection of practices that Muslims execute in the period of five or six days in the last month of the lunar calendar.

Every year Hajj takes place according to the Islamic calendar’s last month, Dhu al-Hajj. The Islamic calendar is lunar; therefore, it implies that the Hajj can be conduct over the 4 seasons instead of actually occurring at a fixed month as per the Georgian calendar.

Hajj entails a set of rites that take place during 5-6 days in or around Mecca. The Hajj practices, according to Believers, date back to the time of the Hazrat Ibrahim. In AD 632, the Holy Prophet (S.A.W) himself conducted the Hajj in the same year of his demise.

Hajj packages are mainly divided into two categories, generally known as Shifting & non-shifting Hajj Package. When it comes to the shifting Hajj package, pilgrims will shift from one building to another they will be given residency far from Haram in the initial days of Hajj and then getting them back near to Haram again when the Hajj time is finish. On the other hand, pilgrims in the Non-Shifting Package will be permanently house in a fix location near Haram in Makkah or in Madinah. They are not disturb throughout the Hajj period. The non-shifting hajj packages are consider to be comfier than shifting hajj packages. If you want to experience a hassle-free and luxurious Hajj package, you should book a 5-star Hajj Package.

When you book a hajj package, then before, during, and after the Hajj practices, itineraries with complete access to Makkah accommodations will be available for you. Your Hajj itineraries will provide you with a clear picture of your stay in Mecca or Medina. This signifies you can reach Makkah before the Hajj religious practices start, check-in to your hotels, conduct Umrah, get a few days to rest and see Masjid Al-Haram, as well as make preparations for Hajj.

Keep in mind that the travel from Madinah to Makkah during the Hajj could perhaps take 10 to 12 hours, so a bit of rest just before the Hajj practices initiate will be extremely beneficial for you. There is no need to check out from your hotel after the Hajj ceremonies begin. you can also use the private services of your hotels. You may prepare to leave Makkah according to the plan once the Hajj is complete.

The camps at Mina and Arafat will be in the Europeans Zone, which implies:

Qurbani is one of the mandatory practices of the Hajj like Ihram, Tawaf, and Saee. Your hajj will not be consider complete if you didn’t sacrifice an animal after completing your Hajj practices. The cost of this practice will not be add to your package and you would solely be liable for this. However, you would be guide with this procedure by an advisor from your travel agency in Saudi Arabia, and also the fee will range between £100 and £120 per goat per adult, based on the options you prefer.

This guide sheds light on the privileges you will get in a 5-star hajj package which will make your Hajj pilgrimage comfy, pleasant, and tension-free.

Hajj is an annual pilgrimage to the house of Allah. Which must be perform once in a lifetime by every Muslim who has the opportunity to do so. Hajj is a series of obligatory rituals, the fulfillment of which brings a Muslim closer to Allah Almighty and symbolizes faith, unity and equality of pilgrims. Did you know that the hajj is not just one set of fix rituals that every pilgrim?

Hajj is a series of obligatory rituals. The fulfillment of which brings a Muslim closer to Allah Almighty and symbolizes faith, unity and equality of pilgrims.

Did you know that the hajj is not just one set of fix rituals that every pilgrim?

performs? In fact, that the pilgrim has a choice of as many as three types of hajj.

when planning to make hajj, you can choose one of them: Ifrad, tamattu and kiran.

Thanks to the possibility of choosing from these three types, the pilgrim can perform

Umrah and hajj in a form convenient for him

Screws, Bolts and Nuts: All about them

Sign Shops in Canada: Where to Find the Best Ones 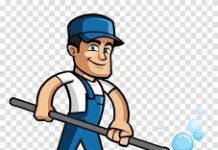 How much does carpet cleaning cost 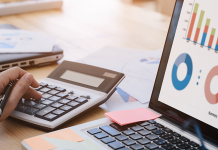 Top Reasons You Should Outsource Payroll 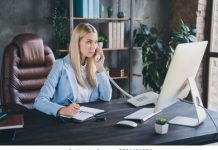 What is IRP: How to Apply Online & IRP Renewal 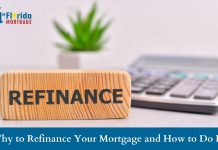 Why to Refinance Your Mortgage and How to Do It?