When I first got into mobile development, I wanted to create the next big app, cliché right. After realizing my to-do list apps weren’t going to make it big. I decided to give up on my dreams and I told myself well I guess I can just make apps for other people. So that’s what I did five years later i’ve made mobile apps for many companies and I even did a silly thing. I made a career out of it so yes today we’re talking about how you can become a mobile developer in 2022.

Now there’s going to be a lot of information in this article so if you’re serious about becoming a mobile developer and landing your first mobile development job I suggest that you read to the full article.

The apps I made were just kind of terrible. So the moral of the story here is start with native development and eventually if you really want to get into cross-platform development, you can pursue that route later on.

iOS development on the other hand requires you to do development work on a mac operating system so this means that you’ll probably need a mac or some type of pc that runs the mac os. Now one thing I absolutely do not condone and something that I never did was downloading a hacked version of the mac os on a virtual machine. It’s something I never did and I don’t think you should do that because it’s illegal. Because I didn’t do that I never learned that trying to write code on a virtual machine of a hacked version of ios is just insanely slow. I never learned that. You couldn’t really write code on a virtual machine of the mac os. I ended up buying a mac mini when I first got into ios development. If you don’t have a mac with decent hardware requirements it’s going to cost you a bit. To get started in ios development so that’s something that’s pretty important to think about.

Additional things to think about is ios has a lower user base but those users are more willing to spend money on the app store. So if your goal is to make money on the app store you might want to consider ios development. On the flip side android has way more worldly users but those users are less likely to spend money on the google play store and one really notable thing that I think is important is android has just incredible documentation. On android development this is a huge reason why I personally love android development. I think it’s far more superior than the ios documentation that’s out there. So in terms of your career it doesn’t really matter which one you pick again you can have a very successful career in either android or ios development.

So where should you start learning android or ios development and this one is kind of a tough one because there’s a million different ways to learn out there. You could probably do a quick Google search and quickly figure out where to go. But I guess if I were to do it all over again this is how I would start so for android development. I think the best way to start learning is right from the horse’s mouth google aka the creators of the android OS. They have some free courses specifically designed to teach you the basics of kotlin and android development. Even if you’re brand new to coding for ios development apple also offers some free courses. I don’t think they’re as good as the android ones to be honest they’re a little outdated but overall still a decent place to start dabbling in ios development for free. So apple also offers some books around learning swift development which I also think would be a good resource to start learning.

In my personal experience the resource that helped me learn ios development the most was Brian Vong aka let’s build that up Brian has a ton of playlists on developing ios apps from start to finish. He often clones popular apps such as youtube and instagram. When I first got my first job in mobile application development company in bangalore and started working into ios development the youtube clone tutorial was one that I followed from start to finish and it helped me learn so much. So tutorials books youtube channels aside the absolute best way to learn either android or ios development. You need to get your hands dirty and start developing your own ios or android apps.

So these apps don’t even have to be unique you don’t even have to publish them to the app store. But it’s so important that you work on your own apps because the thing is you’re going to get stuck a lot. You’re going to get frustrated and you will have to figure out how to solve these problems on your own without any tutorials or books. These growing pains they’re pretty crucial for you to become a deaf. Also to land your first job you’ll probably need to build a portfolio with these projects.

How to install a Plugin to your WordPress site 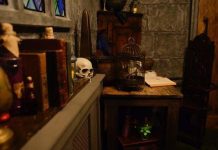 7 Ways an escape room activity will help your child achieve... 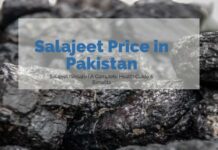 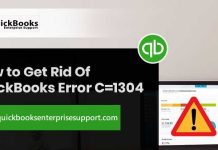 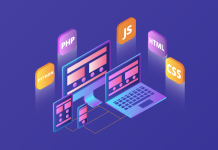