Arunachal Pradesh Tenga Valley: One thing that must be kept in mind while traveling in the Northeast is that your journey never goes as planned.

You have to change your plans at the last minute by succumbing to the situation even if you do not want to.

Here either there is a closure or there is a road-bandi, due to which you are forced to change according to your pre-planned travel situation.

No prior information is given about such incidents nor any news related to them is easily available to you.

It is meaningless to expect news related to these events through the Internet. So you have to depend on local news only.

A similar incident happened with us as well. En route to the Tenga Valley of Arunachal Pradesh, the border was closed on the Arunachal-Assam border and no vehicles were allowed to cross the border.

Because of this we had to stop there and finally spend the night in the tea garden of Tezpur, which I will write about later.

You can complete all the processes related to this from the center of Arunachal Pradesh located in Delhi, Guwahati, and Shillong.

I went to Arunachal Center in Shillong to get my permission letter. I gave all the required documents and also paid the fee.

But I was asked to come after three days to get the permission letter. I explained to him that I need this permission letter today only, because, we were going to Arunachal Pradesh on the second day itself.

I took permission to go to Bhalukpong, Bomdila, and Tawang areas. Keeping in view the necessity of obtaining a permission letter,

I thought that maybe we will have to present this permission letter to verify ourselves after reaching the state border. But when we entered the state border, no one present there had any meaning to us or our car.

But no action is taken on it. Our driver took his driving license and showed it to us at the check post and we proceeded from there by paying some money as a requirement. Within seconds we had reached Arunachal Pradesh.

Considering all these things, I thought, what was the need of getting a permission letter. First of all, as a citizen of this country, do I need any special permission to travel through an entire state of this country?

I can understand that Arunachal Pradesh is a very large state may have some sensitive areas in it.

And if for some reason permission letter is required to go to such areas, then I think the whole purpose behind the issuance of permission has been defeated somewhere at the implementation stage.

Looking at the roads coming from Bhalukpong, it seems as if at one time there were hardly any proper roads here. The condition of these roads is very bad.

But seeing the surrounding environment, it seems as if the work of his reformer is going to start soon.

The cut hills here also indicate that very soon a paved road is going to be built here. But sometimes there is a lie seen with the eyes. Our driver and the local people told us that the debris kept there has been lying there for years.

And till date, no road work has been done there. But if someday the work on this road starts and a new road is built, they will be very surprised.

If you look at the roads in this entire area, only the roads around the army settlements are well maintained. Actually seeing the roads of Bhalukpong reminds you of the streets of your village-town.

As the saying goes, the way to heaven passes through hell. As soon as you are 20 kms from Bhalukpong. distance, which is 200 kms.

As you cross, you reach the hills and valleys of Arunachal Pradesh, through whose creeks rivers flow. This amazing view that looks like heaven leaves you spellbound. Never before had I seen hills covered with such lush green forests of deodar.

The springs flowing here and there on these hills keep on running playfully to meet the rivers flowing below. Here step by step you find wildflowers, which are seen peeping out from the stones, from the trunk of the trees, and from the bushes. These flowers bloom anywhere and anytime.

Orchid flowers and their official phulwadi

Arunachal Pradesh is home to a wide variety of orchid flowers. About 5 km from the border of Bhalukpong.

There is an official flower garden of orchids in Tipi town. Here orchid flowers are researched and more than 750 types of them are grown and produced.

But when we went there, we got to see only three types of orchids there. Maybe the time was not right for us to go there.

We could not see these flowers directly but we did see their different types. There is a small museum where different types of orchids are displayed through photographs and illustrations.

We were asked to visit the Orchid Sanctuary in Sessa to see these different types of orchids.

This sanctuary falls on the road between Bhalukpong and Tenga Valley. While going to Tenga Valley, we could not go there but, while coming back from the valley, we did go to see the sanctuary. Where we saw different types of orchids, which were more than one.

Buying a Reception Desk for Your Business

What are Pie Boxes?

Why do you need to start an eCommerce Store?

UAE: How To Get A Pest Control Certificate For Existing Building... 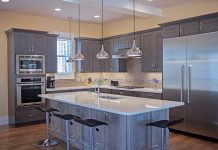 The Right Way to Start Your Own Construction Company Christchurch 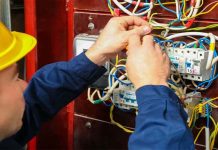 Why Should You Start Paint Services in Abu Dhabi