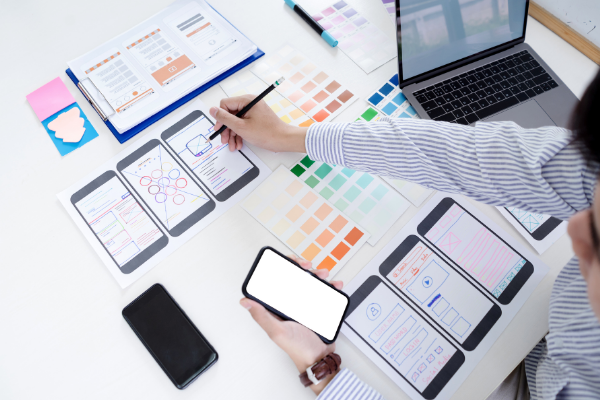 Android app development has become a big business in recent years, and the number of mobile users has increased dramatically since the smartphone era took off. If you’re looking to develop an Android app, you’re going to have to find Android app developers, and that means you’ll have to pay them some money—but just how much money will depend on various factors.

Now, the question arises what are the top factors affecting the cost of an android app?

In this article, we’ll discuss the top factors associated with Android app development and how you can minimize them while still meeting your budget expectations.

Android App Development Costs Depends on the Type of Your App

Before hiring an Android app development company, you should first try to make a clear idea about what type of application you want. The cost of developing Android apps depends on many factors, like the features of your app and various other aspects.

As per a survey done by Google Play, the games category has received a maximum number of downloads in 2016 with almost 26% users followed by the entertainment category with nearly 19% users.

Factor 1: Size and scope of your project

The size and scope of your project are huge factors in determining how much it will cost to develop an app.

The more features you want your app to have, for example, the more time and effort will be needed to implement them—and that translates into a higher price tag.

The same goes for if you want to build out a large backend infrastructure or integrate with a third-party product like Salesforce.

The platform you choose for your app is important to factor into your budget. Mobile platforms like iOS and Android will naturally cost more than developing for web browsers because mobile apps must be written in native languages (Objective-C/Swift or Java) versus HTML5 and CSS. Also, apps on mobile devices have more features, so they cost more than a website.

A user interface is a major component of an app. The design of it has a significant impact on users’ perceptions about your app. Skilled UX/UI designers can do wonders for your app’s usability and popularity, so look for one if you want to invest in both quality and quantity.

Keep in mind that some companies charge more per hour for their design services, but it might be worth it if your audience truly appreciates how well-designed your app is.

Native, hybrid or web apps? This factor greatly influences development costs and timelines. Native apps are written in a mobile platform’s language. For example, an iOS app is written in Objective-C or Swift for iOS; and Java for Android (among other languages).

With hybrid apps, developers build a website that can run as an app with little to no modification on native platforms. Hybrid apps are faster to develop but cannot access certain hardware components, like a camera.

If your application is compatible with a variety of devices, you’ll have to develop separate versions of it. This will not only increase its cost but also may lead to troubleshooting problems later on.

While designing, analyze your requirements and make sure that you are developing an app that can be run smoothly on multiple devices. It saves costs as well as time in further development stages.

The type of features, performance and data controls you want in your app can affect development cost significantly.

Security features often require integration with back-end services, which also increases your costs. On top of that, most security service providers charge separately for storing credentials; so if you’re using any kind of identity or authentication management service like Amazon Cognito or Auth0 for login/password retrieval, you may end up paying more than what it costs them to run their services.

If a company has a large OTA update then it will automatically increase their app development cost because they would have to work on testing, debugging, and maintenance of software.

If they don’t have these components then we can say that they are not maintaining their software in time so there should be an increased amount of money spent.

So if a company wants to decrease its app development cost then it should try and keep down OTA updates for the app as much as possible.

Some mobile applications require scoring functionality. For example, you may want to give points for a well-crafted recipe or deduct points for lousy grammar in an otherwise well-written review.

In most cases, hiring an external programmer for developing such functionality is more cost-effective than building it in-house. The exception might be if your app requires live updating of data and needs constant monitoring by an onsite developer.

If your app will require a lot of maintenance, it will increase its value. So what’s included in Sever Sustainability? Anything from adding new features to fixing bugs to updating old technology. If you want to lower your costs here, consider cutting down on advanced or niche technologies you may not be able to find developers for and only include completely necessary features.

That way, when people do need support, you’ll be prepared to offer them what they need. Since many customers expect lifetime maintenance now, make sure there is a plan in place and money set aside to keep an app up-to-date over time!

How to Save Money on Android App Creation?

If you want to develop an app for the Android platform, you should hire the best Android application development company in India as you can get access to highly expert yet affordable developers there. Though it might be possible for a few developers to build an app on their own, it’s impossible for individuals as well as small firms.

This is why it’s better that you outsource Android app development work from a professional team of experts who will offer effective solutions at a more reasonable cost. They will be the best choice for projects which require complex functionality and customizations on both iOS and Android platforms.

There are many ways to save money while hiring app developers. The most essential way is to hire specialists rather than offshoring companies.

Hiring individual android application developers will ensure customized solutions and flexibility, whereas offshoring can lead you into trouble with communication difficulties due to language barriers in addition to issues such as time zone differences etc.

Other than that an independent developer will allow you to communicate directly with them at any given time where-as you have limited access to offshore companies.

Also after hiring your employees, you can hire additional resources whenever needed. However, hiring small teams on a short-term basis will prove to be much more expensive when compared to long-term hiring.

It’s always best to hire a one or two-person team initially, then expand your project later or bring additional resources if needed.

Every business is unique, and your approach to hire dedicated Android app developers in India or globally will be based on your particular circumstances. But, in general, there are things you should keep in mind when hiring a company for any mobile app development work.

When looking at companies or consultants who do Android app development work, ask yourself if they’re an established business with client references and ideally testimonials. Even better if they have previous experience of developing an app like yours and specialize in similar fields. It sounds obvious, but choose someone who knows what they’re doing.

And then look at their portfolio of work. Do you like it? Are their ideas fresh and exciting? Can you tell from their demos that they understand your concept and can see how it might look like a mobile app? If so, those are all good signs.

But don’t forget to check other criteria such as price and payment terms before making a final decision about which developer to hire. Also, make sure you get along with your chosen provider – working closely together for months, even years could develop into a long-term partnership that works out well for both parties.

Android app development has several different cost ranges and often a lot of business owners aren’t aware of what it takes to create and launch an app.

Whether you want to build your app or hire someone else, many factors affect your final price tag. As such, it can be challenging to estimate how much you should spend.

In this article, we’ve discussed the top 9 factors affecting the cost of android app development that one should know before hiring creating or launching their android app in 2022.

How to make the perfect picnic table cover for any occasion

How to Fix QuickBooks Error H101? 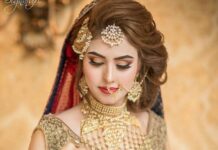 Smokey eyes go with all your cosmetics looks on the off... 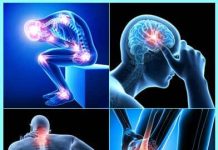 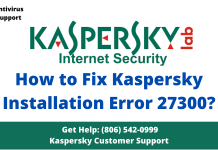 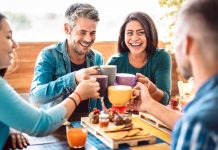 The Energy You Get For Each Cup Of Coffee With Milk