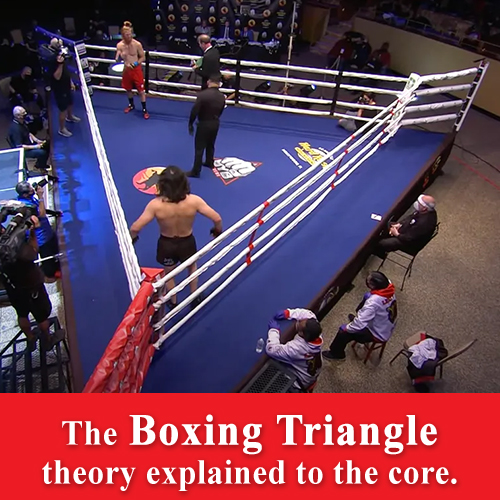 In the Boxing Triangle theory, fighters get into an advantageous position by creating space for themselves. Typically, it is a foundation for throwing a punch and countering from a certain angle, making it so effective. In other words, a fighter creates a position when he attacks his opponent from a 45-degree angle, and they call it “the outside angel.” However, the most significant theory is attacking and defending work effectively here.

In the Boxing Triangle theory, two boxers face each other at that angle that can be one of the three points of any triangle. Therefore, while applying this theory, the fighter must be at one of the triangle points. It is all about establishing imaginary angles of a triangle while placing boxers at specific points. To develop skills in positional theories, you need to go through regular practice with the help of coaching equipment.

What is Triangle Theory in Boxing?

Theoretically, it is a positional theory, an intuitive ability in practice. A set up in which boxers face each other in an inverted triangle and feel themselves part of a triangle. If a fighter places himself at the bottom point of his imaginary triangle, the opponent must be in the middle. Remember that your opponent can still apply the same punches and techniques. Because every fighter establishes an imaginary triangle in the ring as he stands any of three points and the opponent is at the center. You will throw perfect punches and countering once you learn to work in triangle range.

The outside angle and its advantage over an opponent

After creating an imaginary triangle, you start moving along any side while keeping your opponent in the center throughout. This way, you will always have the upper hand and throw significant attacks beyond your opponent’s vision. Many great fighters apply theories to get considerable advantages and powerful effects.

Overwhelmingly, one can learn to deceive opponents through movements and attacking from various angles. Once you catch them successfully, you get the freedom to punch with both hands. Create angles to strike from any angle, and one can slip a jab, counter right hand or step out. While executing this practical theory, it will work wonders if you are counter-punching when the opponent throws punches at you. But if you are throwing punches and there is an opposite effect, your opponent is using triangle theory. This way, position reverses, and your opponent takes advantage. It’s time to move freely along triangle sides to defend and dodge yourself from the attack.

Moreover, one must practice well with coaching equipment that automatically thinks about angles and triangles as they step into the ring. You must be familiar with creating these boxing triangles, and you easily perceive distance and perception while cast attacks accordingly.

Angles of Advantage over an opponent

If anyone know-how about sports, they must know the advantages and significance of angles during a fight. However, understanding angles create an effective way to attack your opponents. Professional fighters use the tips in a great way to sneak in or to quickly attack your opponent. Boxers must practice straight and side angles to land punches against opponents. Moreover, they must learn to use and change angles to attack the opponent on the non-dominant side. Learn techniques to deceive the opponent by setting up a lead hand by changing angles at the last moment to land punches.

It would be best to keep in mind that your opponent can dodge straight punches. But you keep changing angles consistently, and you can get a few punches successfully.

Putting opponent at a disadvantage

Pro fighters understand the power of angles, focusing on positions in the ring. After analyzing position opponents, they apply angles to catch their opponents off guard and attack them accordingly. Practice hard with coaching equipment to use defensive strategies and dodge the rival to keep them at a disadvantage. A combination of defensive moves and angles of attack will confuse the opponent in your position, and they will be unable to attack you. A good fighter uses the Boxing Triangle theory to their benefit by throwing these techniques regularly. Moreover, they tactfully make their opponent shift their position and throw attacks with uncertainty to get help.

Herein are some points about Boxing Triangle Theory to understand and employ it correctly and perceive it rightly.

The most important thing is to keep all the theories in mind to gain the upper hand. Try to equip yourself properly with your boxing skills and instincts. Practice well with the help of Boxing Coaching equipment to get the instinct to add flair to the skills. We must guide you here that there are several Heavy Bag Combos at your disposal, including body punches, different angels with brilliant footwork, and more. The combos we have mentioned above are highly effective to improve your strength, endurance and balance. It is fascinating that such exercises will give you endurance power and the opportunity to experiment.

3 THINGS TO DO BEFORE SPRING CLEANING

How to decorate your bedroom? 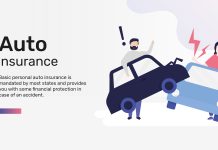 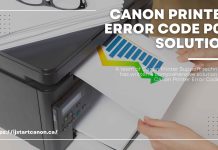 What to Do If Your Canon Printer Gives You an Error... How Electrician In Dubai Can Help With Intermittent Work From Home