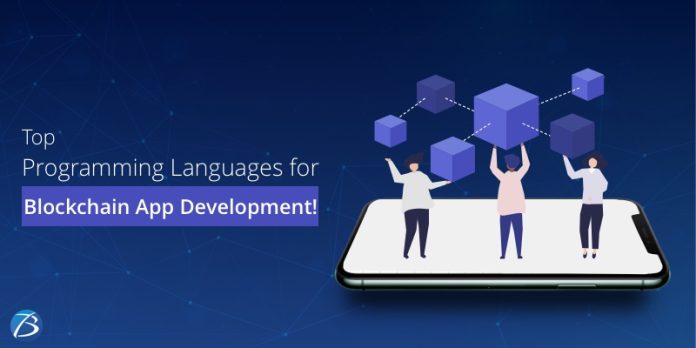 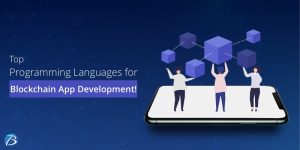 Blockchain has become a buzzword in today’s tech world. This technology has successfully resolved the traditional roadblocks existent in certain industrial domains by decentralizing data and opening up new avenues of security and transparency.

Blockchain records digital information in a manner that the information can be recorded and distributed, but not altered. Hence, Blockchain is used to form immutable ledgers and records or transactions that cannot be hacked, modified, or destroyed. Blockchain applications are employed for demanding tasks like the exchange of cryptocurrencies, the secure sharing of medical data, voting mechanism, NFT marketplaces, making/receiving cross-border payments, monitoring supply chain/logistics, and many more.

Blockchain Functioning: In a Nutshell

The Blockchain system comprises a digital ledger of transactions. Each block within the chain contains a certain number of transactions and whenever a new transaction takes place on the blockchain network, the transaction record is added to each participant’s ledger. This decentralized database is called DLT (Distributed Ledger Technology) and is managed by multiple participants. 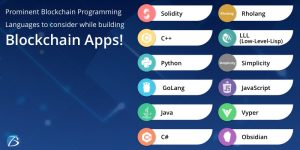 Solidity was created by the Ethereum team in 2014 for writing Ethereum-based smart contracts, to enhance the usability of Blockchain solutions. With Solidity, developers were able to write a high-level code that is smart-contract oriented and that could be translated into the usable lower-level languages prevalent at that time. The language resembles the ECMAScript syntax but contains features such as static typing, variadic return types, and so on. And hence, it is one of the most preferred programming languages used for Blockchain projects and recommended by most Blockchain app developers around the world.

This statically typed Blockchain language offers a stable and flexible coding pattern for smart contracts and provides an accurate as well as a safe medium where different sources can frame smart contracts between parties. Moreover, it is a flexible and user-friendly language that comes with ABI (Application Binary Interface) that provides several type-safe functions. Developers can effortlessly acquire the necessary skills needed to use Solidity, whether they are experienced ones or simply beginners.

This object-oriented language is one of the key Blockchain programming languages. C++ was created to code the decentralized cryptocurrency system and developers employed it to code bitcoins. But today, it suits the purpose of other Blockchain-based projects and has been used for storing transaction information in cryptocurrencies like Ripple’s XRP Ledger, Ethereum’s smart contracts, etc.

C++ is easy to use and flexible; and comes with abilities like advanced multi-threading, primitive control over memory, and an efficient CPU management capability. It enables one to isolate the code for various data structures and allows you to move semantics so that data can be copied effectively. C++ users can control the code as desired – they can choose between providing full access to the code or allowing access to only certain aspects as per the need. With C++, one can easily manipulate blocks and chains, and so, is an ideal pick for scenarios where one needs to fully control their system resources.

Python is one of the most popular programming languages used for architecting Blockchain applications, crypto exchange, and smart contracts. It is a robust, versatile, and object-oriented programming language that comes with open-source support and also, several frameworks and libraries such as Numba that accelerate the development without affecting the performance or security. Python dynamically supports OOP, and hence, facilitates crafting solutions in Blockchain as well as in Machine Learning and Artificial Intelligence. Using this language, one can easily detect errors and debug those errors.

Python is particularly helpful for newbie developers working on Blockchain projects as this language facilitates building prototypes quickly without having to write lengthy codes and the developers have the option of selecting from a wide range of plugins, libraries, and online resources.

Python, being an interpreted language creates roadblocks when complicated cryptographic operations are involved, but this problem can be resolved by the proficiency of experienced Blockchain app developers.

GoLang, a statically typed, compiled and multi-threaded language created by Google, is one of the most popular Blockchain programming languages in the NFT marketplace. The language integrates the best of both worlds – the ease of developing the code and the effectiveness of compiled language. It combines the features of Java, Python, and C++ and is being used by the Hyperledger Fabric platform currently. It is user-friendly, fast, flexible, and scalable.

Using GoLang, one can run several processes simultaneously, and therefore, it is can effectively handle several parts of blockchain simultaneously. GoLang is not only speedy but also offers accessible maintenance features and so, it’s an ideal pick when a decentralized app is being distributed on Ethereum’s network. However, it comes with a difficult learning curve but will be simple for C++ developers.

Java is an object-oriented programming language that follows a “write once and follow everywhere” approach and so, enables one to write codes that are highly portable. With the Java Virtual Machine (JVM), developers can run their codes on any system or platform. And, as the universal JVM is used for execution, Java programs need not depend on a system-specific architecture. This portability of Java facilitates the creation of easy-going and immutable blockchains. Furthermore, Java comes with an abundant API (Application Programming Interface) that contains several Java classes, interfaces, packages, etc. This property helps in building apps without any need to know their internal implementations.

Java offers a simple and extensible plugin architecture that helps to create a flexible Blockchain solution. Java has a huge and dynamic community that provides prompt and effective solutions to developers whenever they encounter any issue.

C# is an open-source programming language coined by Microsoft and enjoys humongous popularity worldwide. It employs easy Object-Oriented and Extensible Markup methods, without the developer’s help. Its rich library class simplifies the use of menu functions and implements them for coding. The assembly feature eases out handling the issue of version control. With C#, open-source developers can effortlessly write codes that are highly portable and run across several OS like Mac, Linux, Android, and Windows.

Blockchain Project Use Cases: IOTA, NEO, Blockchain as a Service, and Stratis.

Rholang is employed for creating smart contracts and high-grade Blockchain projects. It follows a functional approach – at first, it examines the application through several functions and thereafter, solves them as per the sequence. It is secure, reliable, easy to use, and speedy.

Low-Level-Lisp-like language, commonly known as LLL, is a low-level programming language. LLL happens to be quite easy-going and minimalistic, it’s just a small-sized wrapper directly placed over the EVM coding. This is one of the original Ethereum programming languages used for smart contracts. It offers a different programming discipline and point of view as compared to the universal Solidity language.

To make it compatible with EVM programming, the Lisp-like code contains a thin layer of parentheses. So, the LLL users enjoy high-end programming support while accessing various lower-level sources of power as well as memory locations. Moreover, this language enables programmers to develop effective contracts that are smaller in size as compared to the ones created using higher-level languages.

This high-level Blockchain programming language was designed for smart contracts and it caters to professional programmers as well as open-source developers. This language is relatively new and reduces the low-level understanding and complicated functionality of the Bitcoin Script.

This Blockchain programming language is derived from Python3, although it doesn’t contain all the Python features in it. It was designed as an alternative for the language Solidity and is primarily employed in EVM (Ethereum Virtual Machine). However, Vyper’s control structures are different from the ones in Solidity and it handles security issues differently as well. Vyper’s control structure is distinct and contains features such as modifiers, recursive calling, infinite loops, etc.

Obsidian is one of the newer Blockchain programming languages. It presently functions on the Hyperledger Fabric platform and the Ethereum Blockchain platform.

Most blockchain programs are organized around a machine having a high-level state and Obsidian’s state-oriented programming helps one to explicitly declare and transition amongst states. Obsidian builds a flowchart-like sequence that helps one to view contracts through different stages. The states and transitions within the states have to be mentioned while coding.

Obsidian offers a linear type system that simplifies the process of implementing a belt to suspenders. The compiler can make full use of the types for avoiding bug issues or typo-based errors.

I hope the aforesaid information was beneficial and will help you in selecting the best-suited programming language for building Blockchain solutions. Coming to Blockchain development, it’s a challenging task and has to be executed properly for obtaining the best results. Moreover, creating a Blockchain network is not enough, the system needs to be managed and maintained properly. So, in most cases, entrepreneurs seek professional help.

For professional assistance in developing and maintaining Blockchain solutions, the transformative Blockchain app development services offered by Biz4Solutions, is worth a try! We have the experience and expertise to cater to the Blockchain development needs of global clients with diverse requirements.

To know more about our core technologies, refer to links below:

Which are The Best Movers and Packers in UAE?

SEO Guide – Ultimate Guide to Increase Your Traffic In 2020 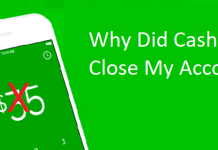 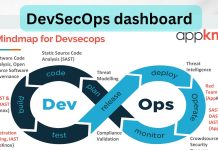 Creating a DevSecOps Dashboard for Your Organization 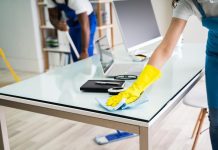 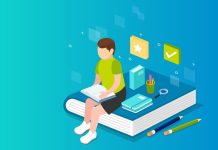 Value-based Education: The Key to a Successful Future