ADC, full name is antibody-drug conjugates. It is a class of biopharmaceutical drugs designed as a targeted therapy for treating cancer. To date, a total of 14 ADCs have been approved by the FDA. More than 100 clinical trials are underway studying their effectiveness in the treatment of blood, lung, breast, brain and other cancers.

ADC technology, has become the focus of intense interest as well as pre-clinical and clinical research since it is being considered as a complex delivery system that combines the benefit of the highly specific tumor targeting of antibodies with the powerful efficacy of a small molecule cytotoxic payload. This approach, in turn, reduces the likelihood of systemic exposure and off-target toxicity.

Conventional chemotherapy targets both proliferating cancer cells and normal cells. The lack of tumor specificity results in severe off-target toxicity and limited efficacy. To order to overcome the limitations of chemotherapeutic agents, appreciable advances have been made in targeted cancer therapies.

Although many antibody therapies have been approved for the treatment of various types of cancer and have shown good clinical benefits, in most cases, they have moderate anti-tumor efficacy as a single drug. Therefore, there is a need for alternative therapies, including ADCs.

Among the several approved drugs, ADCs has demonstrated to be more beneficial to patients than standard intensive chemotherapy.

Over the past few decades, researchers have developed new methods to optimize antibody affinity, selectivity, and pharmacokinetics to improve tumor delivery. They have also searched for unique targets. However, many cancer targets are also expressed by normal cells. To improve targeting of cancer cells rather than normal cells, the researchers developed affinity attenuated binders to improve specific targeting of cancer cells and reduce toxicity on normal cells.

In addition, the so-called bispecific ADCs are being developed as a feasible way to increase tumor selectivity while maintaining a high degree of anti-tumor efficacy. This includes bispecific ADCs against c-MET and EGFR showed effective killing of cancer cells overexpressing EGFR and c-MET, and at the same time reduced toxicity on normal cells expressing EGFR.

In addition to the antibody part of the ADC, new payloads are also being evaluated. While strategies with cytotoxic payloads with lower efficacy and alternative mechanisms of activity exist or are being developed for targets expressed on normal cells. Traditionally, payloads used in ADCs have been extremely effective. One reason is that because intracellular targets limit antibody penetration into the tumor, low-to moderate target expression and inefficient internalization may result in very low intracellular toxin concentrations.

Since many targets are expressed on both cancer and normal tissues. Cytotoxic drugs with lower efficacy, such as topoisomerase inhibitors, successfully applied. For example, one of the FDA approved ADCs drug is trastuzumab deruxtecan for the treatment of breast and gastric cancer. Another drug, sacituzumab govitecan , targets TROP2. Grants fast diagnosis for patients with triple-negative breast cancer, small-cell lung cancer or non-small-cell lung cancer.

One of the complexities of ADC is that as a targeted delivery system, it must pass many obstacles, including blood circulation, antigen binding, and internalization. Therefore, binding stability is critical for drug delivery to the site of action, especially in the development of very highly potent payloads.

In the development of the next generation of ADCs. researchers are developing more stable conjugation technologies. such as ring-opened maleimides, and the introduction of non-natural amino acids containing azide handles for drug attachment. This includes the development of vinyl pyridine-based PermaLink® technology (Iksuda) which is highly selective for cysteine residues and does not undergo the retro-Michael reaction, providing stability to ADCs.

With decades of research and clinical trials, ADCs have indeed become unique targeted agents. And ongoing research aim to identify new strategies for ADC improvement and deepen the understanding of the complexity of ADC design. More and more ADCs drugs will approve for difficult-to-treat cancers to meet the unmet medical needs of patients.

Mechanism of action of ADCs

ADCs combine antibody and cytotoxic drug activities to provide various modes of action and pharmacokinetic properties. The complexities of ADC activity in the clinic are only now becoming recognized. The antigen-ADC complex absorbe by receptor-mediated endocytosis (clathrin- or caveolae-mediated endocytosis) or pinocytosis. Internalization causes the cell membrane to bud inward, resulting in the formation of an early endosome, which grows into a late endosome before joining with lysosomes. The antigen-ADC complex broken down. Antimicrotubular medications, for example, are small compounds that can cross the lysosomal membrane and into the cytosol.

In some cases, the cytotoxic payload may ejecte from the cell or discharge into the tumor microenvironment after liberated in the cytoplasm. Bystander death occurs when the cytotoxic payload harms cells that do not display the target antigen. This effect influence by a number of factors, including the type of linker employed and the properties of the payload, although the presence of cell-permeable payloads enhances the effect. The cell-killing path determined by the payloads used. Cell death cause auristatins and maytansinoids interfering with microtubulins, whereas cell death cause by calicheamicins and duocarmycins intercalating DNA. The ability of an ADC to produce cytotoxicity determine by a number of factors, including the characteristics of the target antigen’s properties, the choice of an antibody, the creation of a stable linker, and the conjugation of effective payloads.

Mechanism of action of ADCs

Antibodies reach tumour cells by passive diffusion after leakage from capillaries, which results in sluggish and inefficient absorption. The Fab and Fc portions of ADCs have an influence on antibody-dependent cellular cytotoxicity (ADCC), complement-dependent cytotoxicity, and antibody-dependent cellular phagocytosis. T-DXd and T-DM1, for example, share the same ADCC-competent IgG1 backbone and elicit ADCC in vivo, implying that ADCs used as immunotherapy. Antigen-dependent endocytosis or antigen-independent pinocytosis used to internalize ADCs, with clathrin-mediated endocytosis being the most prevalent. Early endosomes are more likely to release payloads with acid-cleavable linkers. Whereas late endosomes or lysosomes are more likely to release payloads with enzymatically cleavable linkers. Certain ADCs can have a ‘bystander effect’ on neighboring cells .

The portion of an antibody that binds to the target is highly variable. Can individualize for specific proteins, making it possible to adapt ADCs to treat a wide range of cancers. Five ADCs to treat either blood cancers or breast cancer, with many more being studied in clinical trials.

ADCs are a novel cancer treatment that combines pharmacogenetic testing with tailored medication. They successfully minimise the systemic toxicity of chemotherapy. Provide novel therapeutic alternatives for diseases with poor prognoses and few treatment options. ADCs could be a potential therapy option. Where specific targeting by antibodies is possible and cell death of the target is the therapeutic goal. ADCs are unique, potent, and unpredictable, and clinical and translational researchers are only beginning to grasp them.

Overall, a better understanding of ADC processing and the events that happen after antibody-antigen contact would tremendously valuable to the ADC development field T. The potential of such a pharmacological platform for cancer treatment could be far-reaching and potentially transformative. If the complexity of ADC–tumor interactions can better understood and utilized. The development of next-generation ADCs with site-specific linker technology. Enhanced mAb selectivity, and more effective cytotoxic payloads is presently underway. As are clinical trials to determine the optimum ADC dosage strategies.

Biopharma PEG, a world leading  PEG derivatives supplier, dedicated to supplying high quality ADC PEG linkers & Click Chemistry Reagents and other PEG derivatives to our clients all over the world.

What Wall Art You Should Buy Based on Your Zodiac Sign 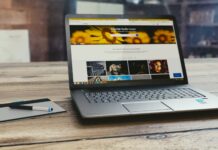 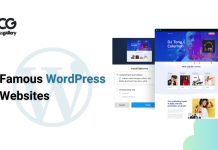 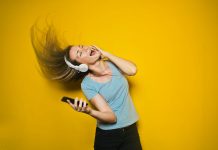 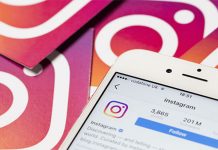 10 steps to getting more likes and engagement on Instagram