Kuari Pass Trek is counted among those few winter treks which is located in the Garhwal Himalayas. Nestled at an altitude of 4264 meters/12,763 feet the place is also well known as Lord Curzon trail as the place was explored by him. The whole trail is spectacular due to its varied and scenic views. The main attraction of this place is the majestic views of some famous Himalayan peaks like Nanda Devi, Chaukhamba, Hathi-Ghodi, Kamet, Dronagiri etc. The trail proceeds through the gorgeous jungle of Oak, Deodar and blooming rhododendron. Apart from trees these jungles are also home to many wildlife. The trek commences from Joshimath which has become the hotbed of some famous Himalayan treks. The place is also the confluence of several rivers like Pinder, Kaliganga, Nandakini, Birehiganga and Dhauli Ganga. The most exciting part of this trek is walking through the beauty and serenity of the Himalayan meadows which is called ‘Bugyal’ in local terms. The trek is not a tough one and offers some panoramic views of the surrounding. For an adventure and thrill lover this place is an ideal destination to rejuvenate themselves.

The trek is suitable throughout the year  leaving the monsoon months as the paths get slippery and muddy to hike. The trek is most preferable from April to June that is during summer due to calm and pleasant weather. And also in winter to get the snow-clad peaks and to walk through the path which remains covered with snow.

Why is Kuari Pass Trek a must do activity?

The trek starts from Joshimath base camp and it passes further through some famous places and gives some stupendous views of the surroundings for which the place is a must do one for every adventure and thrill lover. Some of them are as follows:-

1.Views of some stalwart peaks of Garhwal Himalayas

The first and main attraction of the Kuari Pass Trek is to admire some breathtaking views of the eastern peaks of Garhwal Himalayas. The peaks include twin peaks of Nanda Devi, Kamet, Dronagiri, TrishulBerth, Hathi Ghodi Parvat, Manoa and Neelkanth peaks.

2The picturesque forest of Himalayas

The trek route passes through the gorgeous jungle of Oak,  Deodar and beautiful Rhododendron trees with fiery red colour flowers can be found here. These jungles are also home to many wildlife like Himalayan black bears and also leopard pugmarks. During winter one will definitely get to admire the snow-covered views of these forests.

3.Walking through the meadows

The other big reason to undertake this trek is walking through the luxurious Himalayan meadows, which is termed as ‘Bugyals In local accent. The most famous Gorson Bugyal consists of vast green pastures and offers the mind blowing views of Himalaya.This beautiful meadows offers different views in different seasons. In early autumn the view is lush green and golden in late autumn.and in winter it remains covered with a blanket of snow.

Other things to visit near Kuari Pass Trek

Located in the Garhwal region, Kalpeshwar is the fifth temple of the Panch Kedar that is five temples of Lord Shiva where other four are Kedarnath, Rudranath, Tungnath and Madhyamaheshwar. This temple is dedicated to Lord Shiva and is the only one which is accessible throughout the year. The place can be reached by trekking 12 km from Helang and is favourite among the trekkers.

The place lies in the Chamoli district of Uttarakhand on the holy confluence of the river Alakananda and Dhauliganga. Nestled at an altitude of 1372 meters above sea level, it is the first among the Panch Prayags. The town is sitting on the top of majestic Himalayan mountain and it is the perfect place for the adventure seekers as the place is ideal for trekking and adventure sport  like White Water River rafting.

Bhavishya Badri Temple is tucked at a height of 2744m above sea level and located near the Subhain village which is 17 km away from Joshimath. the temple is believed to be constructed by Adi Shankaracharya and is one of the Panch Badri where other four namely Badrinath, Yogyadhya Badri, Adi Badri and Vridha Badri.The temple is tucked in between the dense forests and can only be reached through trek.

Situated at an altitude of 5500 feet on the Annapurna peak, Purnagiri Temple is considered the back of Hindu Goddess Mahakali. This temple is also regarded as Punyagiri and visited by millions of pilgrims during the Chaitra Navratri. This temple is counted among one of the 108 SIddha Peeths.

Auli Lake is the highest man-made lake in the world which has been created by the Government to create artificial snow on the new ski slopes. This pristine lake is located alongside a private hotel, Clifftop club. The objective behind creating this lake is to promote tourism as it is a ski hotspot, and to make it ideal for adventure sports.ss 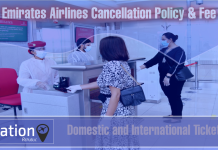 How to Plan Famous Golden Triangle Tour in North India ? 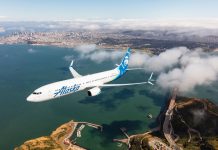 Back to school 2021: 10 techniques to generate qualified leads

Why Cash for Gold Symbolizes Luxury 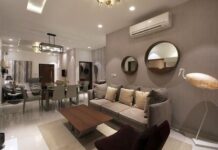 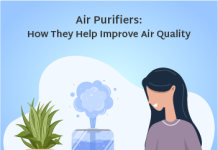 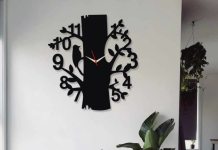 The Most Important Considerations When Buying a Wall Clock. 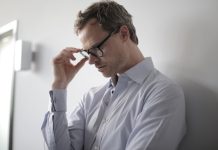 Today all are suffering from anxiety & depression, one should avoid...