Jeddah Tower in Saudi Arabia will soon be rising in the sky. It will soon be the tallest building in the world surpassing Burj Khalifa of Dubai. Originally named the Kingdom Tower. The tower is planned to be the world’s first 1 km high building. Jeddah Tower Location is on the north side of Jeddah city, the tower is planned to be the centerpiece and the first phase of the development of Jeddah Economic City. Designed by the same designer who has designed Burj Khalifa of Dubai. American architect Adrian Smith has incorporated many unique structural and aesthetic features into the tower. Presently the project is on hold and will take a while to complete due to funding issues, the arrest of its owners in a purge in Saudi Arabia in 2017, board room shifts, and the Covid 19 pandemic.

Things to know about Jeddah Tower

Jeddah was initially a conservative kingdom of Saudi Arabia. It is recently that the Kingdom is opening its doors and now everyone can visit this once largely closed-off kingdom. And it is the Jeddah tower that will reposition the city. Because of its magnificent architecture and innovative design, Jeddah Tower will become one of the top attractions not only in Saudi Arabia but across the world. The design of Jeddah Tower is truly a pioneering engineering achievement

Number of Stories: Over 252 Stories

Chicago firm Adrian Smith and Gordon Gill Architecture designed the Jeddah Tower Burj Khalifa was also designed by Smith when he was working for Skidmore, Owings & Merrill, another architectural firm.

Construction of the entire structure will involve the cost of $1.2 billion,

the Jeddah Tower will the centerpiece of a $20-billion mix-use district call the Jeddah Economic City locate on the coast of the Red Sea.

Cover an area of more than 530,000 square metres, Kingdom Jeddah Tower will 167 usable floors, seven of which are reserv for a five-star hotel.

11 floors will be used for 121 luxury flats and another seven floors for offices. All floors will have residential units, gyms, spas, cafes and restaurants, and several sky lobbies. The most distinctive feature of the tower is the world’s highest observation deck, which will be located on the top floor at 660 metres.

The tower will be built using very simple technology, with no columns, girders, floor beams, parapet beams or vertical transitions. It has been specifically designed for fast and efficient construction,

Must Read This- Umrah Tips and Tricks

Many interesting facts about the Jeddah tower will amuse everyone upon its completion.

Among all the skyscrapers that are being built, Jeddah Tower will undoubtedly turn out to be a magnificent creation. Jeddah tower’s location, splendid design, captivating architecture, and cutting-edge features will make it a popular tourist destination in Saudi Arabia.

Something more about Jeddah tower

Jeddah Tower is a mixed-use skyscraper under construction in Jeddah, Saudi Arabia, at a height of 1,009 m (3,307 ft). It will become the tallest building in the world, surpassing the 828-meter (2,717 ft) Burj Khalifa in Dubai, United Arab Emirates.

tower is part of the Kingdom City development, a $23.5 billion urban land project located along the Red Sea on the north side of Jeddah. The project covers 5.2 million square meters and includes the construction of 50 towers.

The tower’s design is by the American architectural firm SOM.

tower will have 200 stories, with a height of 601 m (1,972 ft). The building will have a triangular footprint and will be tapering as it rises.

tower is expected to be completed in 2020.

The Jeddah Tower, also known as the Kingdom Tower and Mile-High Tower, is a skyscraper under construction in Jeddah, Saudi Arabia. When completed, the building will be the tallest in the world, surpassing the Burj Khalifa in Dubai, United Arab Emirates.

company has been involve in the construction of many iconic buildings, including the Burj Khalifa, the world’s tallest building.

The Essential Guide on Amazon FBA

Everything you want to understand about drying oven

Why You Should Start A Selfie Museum 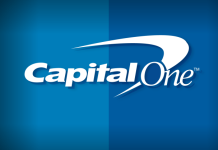 CapitalOne Use your reservation number to answer a mail offer 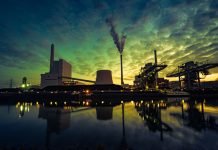 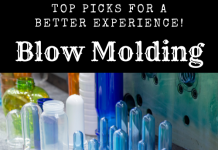