Jal Mahal (Water Palace) in Jaipur is a stunning monument that appears to float on the surface of the gorgeous Man Sagar Lake. It is an architectural masterpiece in its own right, embodying the Rajput period’s engineering brilliance. The palace, which was built as a hunting lodge for the Maharajas of Jaipur, is today one of the city’s most popular tourist destinations. Don’t forget to book your Jaipur hotels so that you have easy access to this majestic palace as well as other forts and historical monuments in the city. Do you want to learn more about this wonderful historical structure? Everything you need to know about Jaipur’s Jal Mahal Palace, including its history. If you want to take a trip to this place then definitely you can contact us in our customer care number so that you can see this iconic place in Jaipur. our car rental service is available throughout and can make your journey more memorable.

The History of Jaipur’s Jal Mahal

Jal Mahal, one of the most popular attractions to visit in Jaipur, has no written history of who or when it was erected. However, it is widely assumed that Jal Mahal was built in 1799 by Maharaja Sawai Pratap Singh to serve as a hunting lodge during his duck shooting trips. Some attribute the palace’s construction to Maharaja Madho Singh I and date it back to the 1750s. Regardless of who built it, the palace was never intended to be used as a living space.

Later, in the 18th century, Maharaja Jai Singh II of Amber renovated the palace. The structure has sunk over time due to partial lake water seepage and waterlogging. After years of degradation and neglect, rehabilitation work was completed in the early twenty-first century to restore the palace to its former splendour. The palace has been restored but unfortunately, the garden was unable to restore. There are plans to build a new terrace garden based on the rooftop garden of Jaipur’s famed Amer Palace.

The Architecture of the Jal Mahal

Jal Mahal is located in the centre of a lake with a maximum depth of 15 feet and a minimum depth of 4.9 feet. It is a five-story edifice created in the Rajput architectural style with Mughal architectural influences. While four of its storeys are still submerged, just the top story is visible, creating the appearance that the palace is floating on the lake.

The Jal Mahal was built with red sandstone. The four corners of the palace are adorned with four exquisite chhatris in octagonal shape. On the palace’s roof, there is also a massive rectangular chhatri in the Bengali style. The terrace garden of Jal Mahal was once embellished with arched passageways.

Must Read: The Most Incredible Article About Best Temples in Jaipur

A visit to the Jal Mahal is now one of the top things to do in Jaipur. The allure of the palace against the lush Aravalli Hills is a sight to see. It’s no surprise that the Jal Mahal Palace in Jaipur is one of India’s most photographed buildings. It is also a birdwatcher’s paradise, with numerous kinds of local and migratory birds flocking to this lake.

Because the palace is still submerged in a lake, the only way to approach it is by boat. The government has proclaimed the palace a protected site, therefore boat cruises and admission to the palace grounds are currently limited. However, from the lakeshore, you may spend hours gazing at and photographing the palace. Every nightfall, the palace is briefly illuminated, and the lit-up palace against the dark waters of the lake is a sight to see. Because the Jal Mahal Palace is on Amer Road, you may combine it with a visit to the historic Amer Fort.

Chameli Bagh is the magnificent terrace garden of the Jal Mahal. There are no personal chambers inside the palace because it was built as a picnic area rather than a residential edifice.

The palace is said to have been built during a famine when the lake bottom had totally dried up. As a result, the entire structure was visible when it was erected.

The walls of this stone castle were so thickly constructed that no water could get in. The walls were reinforced with limestone mortar.

From Jaipur: You can Hire Tempo Traveler in Jaipur and visit all the major places of Jaipur.

Nearby Attractions to Jal Mahal in 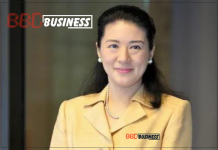 Everything To Know About Anime Mouths and Lips

What Are The Benefits Of Auto Detailing?

How To Change Name On United Airlines Ticket 7 efficient reasons why you should use AngularJS to develop mobile...

What should I look for when buying a smartwatch? 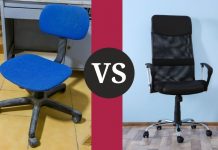 Mid back Vs High Back Chair