Jagannath Puri is one of the most important pilgrimage centers in India. Located on the eastern coast of India, this Dham is dedicated to the all-universe hero form of Lord Vishnu.

He is considered to be that form of Lord Vishnu who is responsible for the current prevailing Kali Yuga.

This fact makes this pilgrimage more important in the present times. Adi Shankaracharya had also chosen this place for the purpose of establishing the Eastern Govardhan Math.

The Purvi Govardhan Math is one of the four mathas founded by Adi Shankaracharya in the four directions of India.

Jagannath Puri is one of the largest living temples in India by many parameters. This is the largest temple in the Kalinga architectural style.

The Sun Temple of Konark may compete with it in size, but we have lost that temple spiritually.

The kitchen of the Jagannath Puri temple is more spacious than the kitchen located in any temple complex in the whole world. The food field of Jagannath ji, its name truly adorns it and is the true form of its recitation.

Since time immemorial, the life of the city of Puri is centered around the Jagannath temple. Although there is an influx of devotees throughout the year in this temple, in the month of Ashadh, the number of devotees remains at its peak when Jagannath ji’s world-famous Rath Yatra is taken out.

It is believed that the original temple of Jagannath was built by King Indradyumna in Satyuga. It is useless to search for proof of the golden age. But a lake named Indradyumna Sarovar is still situated in the city of Puri.

Jodhpur taxi service
The story related to the Jagannath temple is well known and widely accepted. According to this legend, Lord Vishnu was originally worshiped by the name of Neel Madhav in the forests of this region.

Indradyumna was the king of Malwa. He ordered a Brahmin named Vidyapati to find Neela Madhav.

The brahmin married the daughter of the head of that region and got information about the place where Neel Madhav was. But God’s Leela is unique. It was not acceptable to him that Brahmins should seek him.

Finally, King Indradyumna came here after getting the permission of Lord Vishnu and got the log of wood he had told him.

The idols of Jagannath, Balarama, and Subhadra were made from this log. A Sudarshan Chakra was also engraved. Thereafter the king established the temple on top of the hill.

According to another legend, Vishwakarma, the architect of Devlok, gave permission to sculpt the idol but requested to ban the entry of anyone in the workshop during that time period.

He said that in case of any obstruction the idols would remain incomplete. But the impatient king peeped inside and created a disturbance in Vishwakarma’s work, due to which the idols remained incomplete. Vishwakarma had not made the arms of the Deities till then.

According to the inscriptions, the temple was in existence from at least the 12th century. All the dynasties of the Utkal region took care of and maintenance of it during their reign.

The architecture of Jagannath Puri Temple

The Jagannath Puri temple is based on the Deul style of Kalinga architecture. A high peak above Jagmohan and the sanctum sanctorum is proof of this.

When you enter the temple premises after coming out of the sanctum sanctorum, the sheer size of the summit will suddenly surprise you.

Like other ancient temples, Jagannath Temple is also a wonderful collection of unique artifacts, which you will be very happy to see.

I want to introduce you to some incomparable gems from this wonderful collection, so that whenever you visit this beautiful and panoramic temple, then do not forget to visit these artifacts.

Amazon Clone : A Complete Guide For Launching an app like...

Ayurveda For Arthritis: 5 Herbs and Foods That Could Help Heal... 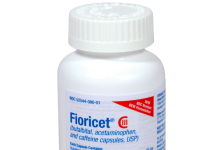 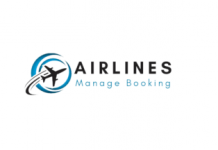 Some Important Air Travel tips to know before boarding the Plane 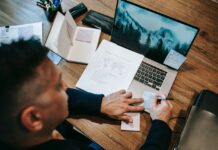 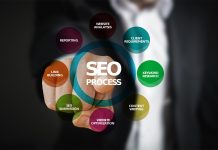