The Call of Duty game has become one of the most popular games of its time. Even today, there are still many who play it because they are really happy and interested in this game. Currently, there is also a version of Call of Duty Mobile that will provide facilities for you to play this game anytime and anywhere on your smartphone.

Contents hide
1 Facts About Call of Duty
2 Call of Duty Apk For Mobile
3 Latest COD Mobile Mode Similar to ‘Infected’ in Modern Warfare
4 Want to be a Call of Duty Mobile Pro Player? Follow This Way!

Facts About Call of Duty This war-themed game has indeed attracted the attention of gamers since its first release in 2003. The theme raised in World War II, which has its own charm to play. So it raises the curiosity of so many people to try to start playing this game. It turns out that behind the success of this game there are various facts that maybe some people don’t know about even though they play the game. Here are some facts you need to know about Call of Duty, namely:

· Before its release, Infinity Ward actually planned that this game would be made with a modern time setting, but it was finally changed to the theme of World War II to repeat the success obtained by the previous Medal of Honor.

· One of the games in it, namely World at War with zombie mode, was developed by Treyarch and turned out to be a successful sensation among fans of this game.

·For those of you who have played many game series, of course, you know Captain Price, who is famous for his iconic mustache. It turns out that Captain Prise has appeared in COD 2 even though the time background is very different

· The most successful game entry from COD actually came from Treyarch not Infinity Ward, even the game made by Treyarch even created a new record for sales from the COD series

The facts about this game are related to the technical and basic concepts. Of course, it will be interesting for you to know especially concerning the various surprises in it. So it will be more exciting if you know the story behind the process of making this game, of course.

Call of Duty Apk For Mobile For those of you who really prefer to play the mobile version of the game, the Call of Duty apk will be suitable as an option. Previously, if you had trouble playing this game anywhere and anytime, now you don’t need to be confused anymore. You can enjoy this game with the background of World War II on your smartphone more easily and practically.

Initially, this game was already released on APK Pure not on the Play Store because it was still soft-launching in Australia. Now you can also easily get it, just download it to your smartphone and enjoy the games in it such as COD which can be played on a PC. About Call of Duty apk what you should know first is as follows:

·You can download it by installing the APKPure application first then look for the COD game. This needs to be done because the format used is XAPK

· This game was released for free for you to get easily, so pay attention because later of course there will be many microtransactions in it

· You will also find a zombie mode like the one on the PC or console version, of course with a graphic display that is very optimal to be enjoyed on mobile or using a smartphone. War game lovers of course have to download this game application to get the sensation of playing anywhere and anytime. No need to worry because the way to get it is very easy and you don’t need to spend money to buy it. By getting this game application on your smartphone, of course, you will get a different COD game experience than usual. This sensation given will certainly satisfy you because of the various quality guarantees of this mobile version of the Call of Duty Mobile Mod Apk game for you.

The latest COD Mobile Season 7 seems to be more focused on updates to the Battle Royale mode. However, there is some new content in Multiplayer that also deserves attention. After the Tunisia map, shortly COD Mobile will have another unique mode adapted from the previous series.

In the patch notes released by Garena, it is stated that the Attack of the Undead mode will be available in Season 7. Previously, the model had been tested by players on the public beta server. At first glance, it looks very similar to the Infected mode that was popular in COD Modern Warfare.

Eight years ago, Infected became one of the most unique modes in the Call of Duty series. Meanwhile, in Attack of the Undead itself, there will be some differences. Of course, this time it is adjusted to the platform used for the latest COD Mobile this season.

According to ONE Esports, Attack of the Undead is a simple model that includes 10 players. One player is chosen at random to then become a ‘virus carrier’ to be transmitted to other players. In the beginning, this selected player will look normal so the other nine players must be wary.

The game will start to change after two people start getting infected by the virus. The appearance of the players who have been infected is then changed to the characteristics of wearing headgear. The task of other players is to avoid close combat because the virus can be transmitted through melee weapons.

There will be situations where the number of normal players will be less than the infected players. For the Undead army, numbers were the key to victory as this could cause panic. Their target is to infect all players in the arena.

The task of uninfected players is to survive and find the safest place from the risk of being attacked by Undead creatures. Especially if there are more and more where they can surround from various sides. The good news is, in Season 7, the developer has added an Overkill perk.

As previously discussed, this perk allows players to carry two main weapons. This is very useful because, throughout the game, there will definitely be the possibility of running out of bullets quickly.

When the match ends, the winner is the player who has collected the most kills. Overall, the Attack of the Undead mode is very refreshing in Multiplayer mode even though it is available for a limited time. It’s interesting to wait for the arrival of the latest COD Mobile mode this season.

Want to be a Call of Duty Mobile Pro Player? Follow This Way!

On October 1, 2019, we all know that the game Call of Duty Mobile has just been released. Even though it has just been released, surely you gamers are already competing to develop their abilities to become a Call of Duty Mobile pro player , right? Moreover, now it has been downloaded by more than 1 million Android users. In fact, the GGWP Esports team had already formed a professional team for the Call of Duty Mobile division before the game was released. Of course, you will be motivated and enthusiastic to be better so that you can be side by side with the GGWP team.

To become a master is certainly not something that can be achieved instantly. You have to learn the gameplay and the tips and practice continuously. Moreover, for those of you who are just starting to play this game made by Garena, Activision, Tencent, and TiMi Studio . First of all, you can download it on the Google Play Store or App Store . Then, when you enter the in-game lobby, you will be immediately taken to the tutorial session. In the fashion of this, you will be faced with one of the legendary characters COD namely Lieutenant Simon “Ghost” Riley. At this stage, there will be interactive instructions regarding the basic controls in the game.

Then, you will be taken to the Firing Range map and taught to move. Press and move your left thumb to move the character and move the camera in the same way but using your right thumb. To replace or pick up a fallen weapon, you only need to press the weapon. After that, ‘Ghost’ will teach you to pick up, aim, and fire weapons. Well, you can use two modes here, the first is Simple Mode and the second is Advanced Mode. Simple Mode is a mode where the weapon will automatically fire when the crosshair is on the enemy target. Whereas in Advance Mode, you have to press and hold the fire button to aim and shoot at the target.

When you finish the tutorial, you will be given an M4 weapon from Ghost and will immediately compete in multiplayer mode, namely Frontline. In this mode, you have to kill all enemies 20 times to win. How, interesting isn’t it? Oh yes, as reported by GameLoop, for those of you who want to play this game on a PC, don’t worry, because you can play it on a PC and start practicing so that you can become better at it until the desire to become a pro player is achieved!

So, gamers friends, keep learning Call of Duty Mobile and practicing so that you get used to the game and find unexpected strategies! Also, practice more with balanced opponents and take part in various CODM tournaments that have been held quite a lot at this time. Also, don’t be discouraged if you lose, because losing is the beginning of victory!

Copyright of the article belongs to Postingtree

The Boxing Triangle theory explained to the core.

Why You Might Need A Document Translation for Your Business? 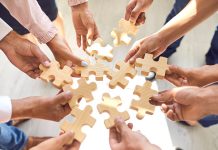 Step by Step Guide on How to Create a Wikipedia Page 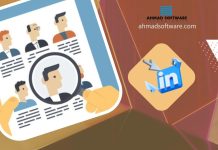 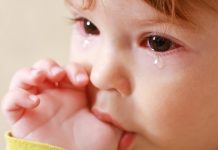 Redness on Eyelid of Infant: Cause And Treatment