One of the most played games this year is Waffle. Which doesn’t require a powerful smartphone or a console to play. The word game became so well-liked on the internet and in print that the New York Times paid a seven-figure sum to acquire it.

Contents hide
1 What is Waffle?
2 Where to play Waffle?
3 How does Waffle work?
4 The key to the game
5 Waffle rules
6 Waffle Strategies and Tips
7 Conclusion

There is no need to explore deeper if you enjoy Wordle and want to advance it. A new game called Waffle has arrived after a number of spin-offs. James Robinson is the author of the game.

When the game was first unveiled in February, Robinson remarked that it was given the name “waffle” because of its resemblance to a waffle.

In contrast to Wordle, which gives you six chances to guess a single word, in Waffle you have to predict six words. In the grid provided by the game, you can swap the green, yellow, and white words to create six different words. The words can be switched 15 times in total. Every Waffle has ten possibilities to be solved, according to the website.

The green tiles show that they are in the proper location. The yellow tiles serve as a reminder that certain letters in the word require a different placement. The white tiles must be changed because they do not belong there.

The game finishes when you place all the tiles correctly or when you exhaust your chances. Like Wordle, the game resets every 24 hours and you can play the game only once during the day.

If you are looking for a challenge, you need to give Waffle game a try.

Where to play Waffle?

Anyone with access to the Internet can play the online game Waffle. To begin playing, all you need to do is open a web browser, and navigate to waffler. one, and dismiss the instruction pop-up. Waffle is a daily word game. Which is only one of the many similarities it has to Wordle.

Due to the fact that the game is a web-based game. There are several ways to access it. The only prerequisites are the possession of any smart device (a smartphone, tablet, or smart TV), an internet-connected computer or desktop, and your preferred web browser, such as Google Chrome, Safari, or Opera.

How does Waffle work?

Waffle is Wordle presented in a grid that resembles a waffle. When you first begin the game, you are met by a square made up of checkered tiles. They have been placed both vertically and horizontally to mimic a crossword puzzle. All of the tiles have a letter on them, and some are green, some yellow, and some gray.

Due to the now-familiar hint color scheme of green, yellow, and gray, it is clear that the game has very little in common with the Wordle muse game. Playing Wordle involves trying new guesses to discover the hidden word of the day. But on Waffle, there are not just one, but six hidden words dispersed along a winding path.

There are 6 hidden words in all. Each 5-characters in length per challenge — 3 hidden vertically and 3 horizontally. And you get 15 Swaps in total to move the misplaced “yellow” and “gray” letters to find their right order in relation to the “green” letters affixed to their spots.

The key to the game

Even though the structure and gameplay significantly diverge from the original Wordle. If you are familiar with its guidelines, it indicates that you already possess the fundamental concepts of Waffle.

Permit me to mention a fascinating new gaming feature here (unrelated to the gameplay itself). Waffle includes the extra feature of a curated dictionary of the hidden words (of the current game) at the conclusion of a challenge with the goal of informing the players about their origin, meaning, and usage. Waffle is a complete feast of a word game that not only whets your appetite but also fills you up with challenging puzzles and enlightening information.

Waffle’s hidden word mirror and the concept of colors are both intriguing, but you need to seriously rethink and replan your strategy if you want to succeed. Before we dig further into the gameplay and techniques, let’s go over the game’s rules.

Waffle is a daily word game in which each participant receives the same randomly generated grid of “green,” “yellow,” and “gray” letters on a specific date. Each day, the grid is refreshed to create a fresh challenge (as indicated by the timer that pops up at the end of each challenge).

On a Waffle grid, there are six (5-letter) hidden words. On the grid, all the letters are present in a jumbled form, and there is some knowledge of the arrangement of the characters in the rows and columns. The act of moving the incorrect letters around until you reach the correct arrangement is necessary to advance in the game.

The restriction placed on the maximum number of opportunities is the catch. With only 15 swaps available to you, the chances of experiencing a disastrous failure increase if you don’t choose your moves carefully. It is great that there are no restrictions on switching between rows and columns in the game. Therefore, your capacity to plan your moves is what ultimately matters. To succeed at Waffle, you also need a completely different set of techniques than what works on Wordle.

The colors’ meanings are the same on Waffle and Wordle. If a potential letter is already covered by a green tile at the start of the game or turns green after switching places. It means that it has found its correct position. The green letters get locked in the tile once recognized by the system. The yellow tiles indicate the partially correct nature of the letters in a row or column.

The majority of Wordle methods you use won’t work on Waffle because the game simply supports rearranging the letters in the given alphabet, not creating new words. The common letters you prefer and your favorite starter words will therefore be set aside for the time being.

Contrary to popular belief, this does not imply that vowels and letter placements are unimportant to gameplay. They are highly important! The positioning of the vowels and which letters occupy the starting and finishing places are the two pieces of information you must always ascertain from a grid.

Waffle does not require keystrokes. But you still need to pay attention to the letters, particularly the ones that don’t show up at all in the concealed words. It can be a little difficult to remember the letters without the keyboard. Which could cause you to make poor guesses or get lost on the grid.

To avoid making ineffective moves on the grid, always keep an eye on how many swaps are still available. The “yellow” and “gray” letters can be freely and without restriction swapped between the rows and columns in this game. But if you exchange letters aimlessly, you’ll merely use up all of your chances. The trick is to not make hasty conclusions about the hidden words. But to take slow but steady steps toward the more obvious words.

In this post, you can find the way to win Waffle game. Waffle only allows one game per day. The game itself is still in its early stages, so future extensions and alterations may be made. Therefore, it’s not impossible that a hard mode or limitless game mode will be added. It is something to anticipate!

Five AI technologies that you need to know

What Qualities Should a WordPress Developer Possess?

How to do vehicle inspections to Estimate the Car Value? 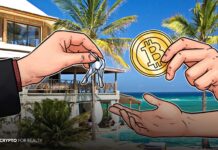 How to buy Real Estate with Bitcoin in Dubai? Your Complete... 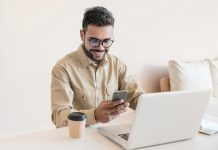 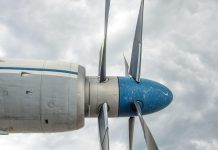 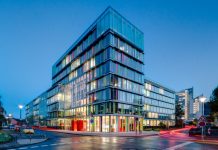 How to Choose the Best Web Design Company for Your Website?