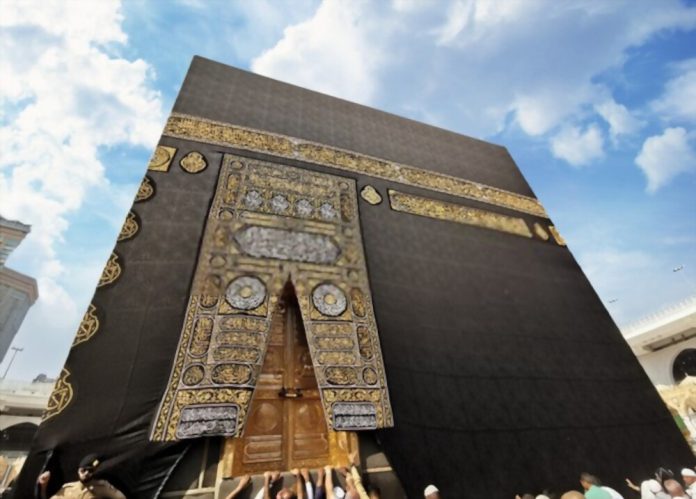 According to scholars and historians, the Holy Kabah has been reconstructed 5 to 12 times.

Prophet Adam (AS) was the one who constructed the Holy Kabah for the first time. According to the Quran, this was the first house constructed for the Muslims to worship Allah Almighty.

The Kabah was then rebuilt by Prophet Ibrahim and Ismail (peace be upon them). The Ibrahimic foundation of the Holy Kabah is measured as follows:

Lots of Muslims all around the World love to see the Holy Kabah at least once in their lifetime. The Kabah’s elegance & spirituality is a must-see desire of every Muslim. For this, Muslims Holy Travel is here to provide you the world’s best opportunity to visit the Holy Kabah & observe its beauty, sacredness, & blessings by offering a wide variety of January Umrah Packages. So, you can fulfill your great desire by booking a January Umrah Package that suits you best at an affordable price.

But first, you should know the facts about how many times the Holy Kabah has been reconstructed? Let’s have a look at some important facts;

Before becoming a Prophet, Prophet Muhammad (PBUH) took part in one of its reconstructions.

The Holy Kabah was damaged and its walls cracked during a flash flood. It needed to be rebuilt.

This responsibility was distributed among the 4 tribes of the Quraysh. This reconstruction was assisted by Prophet Muhammad (PBUH).

After the walls were built, it was time to place the Black Stone (the Hajar E Aswad) on the Holy Kabah’s eastern wall.

Arguments developed about who would have the honor of placing the Black Stone. A fight was ready to break over the problem when Abu Umayyah, Makkah’s oldest man, offered that the first man to approach the mosque’s gate the next morning would resolve the matter. That man was known as the Prophet. The Makkans were happy. “This is the trustworthy one (Al-Ameen),” they exclaimed in chorus. “My name is Muhammad (PBUH).”

He came to them and they requested him to make a decision on the matter and he agreed.

Prophet Muhammad suggested a solution that everyone agreed on: placing the Black Stone on a cloak, with the elders of each tribe holding on to one side of the cloak and carried the stone to its proper location. The Prophet then took up the stone and put it on the Kabah’s wall.

Due to a lack of funds on the part of the Quraysh tribe, this reconstruction did not include the complete foundation of the Holy Kabah as constructed by Prophet Ibrahim (AS). This is the first time the Kabah has gained the cubical shape it now has, as opposed to the rectangle shape it previously had. Hateem is the name given to the portion of the Kabah that was left out.

Who built the Holy Kabah After the Prophet’s Time? Abdullah ibn az-Zubayr (RA)

Before the next Hajj, Abdullah ibn az-Zubayr (RA), rebuilt the Holy Kabah from the ground up after the Syrian army demolished it in Muharram 64 (Hijri date).

Ibn az-Zubayr wanted to build the Holy Kabah according to the Prophet Muhammad’s specifications, on the Prophet Ibrahim’s foundation.

Ibn az-Zubayr RA said, “I heard Aisha (may Allah be pleased with her) say, ‘The Prophet (PBUH) said: “If your people had not quite recently abandoned the Ignorance (Unbelief), and if I had sufficient provisions to rebuild it [the Kabah], I would have added five cubits to it from the Hijr. Also, I would make two doors; one for people to enter therein and the other to exit.” (Bukhari).

“Today, I can afford to do it, and I don’t fear the people,” Ibn az-Zubayr said.

On Prophet Ibrahim’s foundation, Ibn az-Zubayr (RA) the Holy Kabah. He built the roof on 3 pillars made of Aoud wood (a perfumed wood with fragrance which is traditionally burned to get a pleasant smell out of it in Arab).

He constructed two doors, one facing east and the other facing west, as the Prophet (PBUH) desired but did not do during his lifetime.

He reconstructed the Holy Kabah on the Prophet Ibrahim’s foundation, which includes the Hateem area. The Hateem is a low semi-circular wall that surrounds the area adjacent to the Holy Kabah.

The following additions and modifications were also made by Abdullah ibn az-Zubayr (RA):

Ibn az-Zubayr (RA) built four pillars around Holy Kabah and hung cloth over them until the construction was completed. Tawaf of the Kabah was never abandoned, even during renovation, since people began to perform Tawaf around these pillars at all times.

During the reign of Abdul Malik bin Marwan:

With the approval of Umayyad Khalifah Abdul Malik bin Marwan, Al-Hajjaj bin Yusuf al-Thaqafi, the renowned tyrant of that time, destroyed what Ibn az-Zubayr had added to it from the earlier foundation of Prophet Ibrahim (AS), and restored its old structure as the Quraysh had it in 74 Hijri (or 693 according to the Gregorian calendar).

The following are some of the modifications he made:

After hearing the Hadith that it was the Prophet’s (PBUH) desire that the Holy Kabah be built in the same way as Abdullah ibn az-Zubayr (RA) built it, Abdul Malik bin Marwan regretted his conduct.

The Abbasi Khalifah, Haroon al Rasheed, desired to reconstruct the Holy Kabah in the same manner of the Prophet Muhammad (PBUH), and Abdullah ibn az-Zubayr (RA) built it.

When he met Imam Malik, the Imam advised the Khalifah to reconsider because continuous demolition and rebuilding is a disrespectful act and would become a toy of kings’ hands. Everyone wants to demolish and rebuild the Holy Kabah.

Khalifah Haroon al Rasheed did not rebuild the Holy Kabah based on this advice. The building stayed unchanged for 966 years, with minor repairs & renovations here and there.

Who built the Holy Kabah during the reign of Sultan Murad Khan?

Two of the Kabah’s walls fell down in the year 1039 Hijri due to severe rain, flood, and hailstorm.

The flood that caused this happened on the 19th of Shaban 1039 Hijri and lasted constantly, thus the water in the Holy Kabah reached about half of its walls, about 10 feet above the ground level.

The eastern and western walls collapsed on the 20th of Shaban Ul’ Mauzzam,1039 Hijri.

When the floodwater receded on Shaban 21st, the cleaning process started.

On the 26th of Ramadan, a curtain was built in the same way established by Abdullah ibn az-Zubayr (RA) on 4 pillars, and reconstruction began. Except for the one near the Black Stone, the remaining walls were demolished.

Construction started on the 2nd of Zul-Hijjah 1040, under the supervision of Sultan Murad Khan, the Ottoman Khalifah. The current structure is similar to that of Abdullah ibn az-Zubayr (RA) from the point of the Black stone and also below.

The construction done under Murad Khan’s supervision was similar to the one done during the period of Abdul Malik ibn Marwan, which is how the Quraysh built it before the Prophethood.

On Rajab 28 1377, one historian counted the total number of stones in the Kabah, which was 1,614. These stones come in a variety of forms. However, the stones that are inside the visible outside wall are not counted.

The Major Reconstruction of the Holy Kabah In 1996:

Between May and October 1996, the Kabah underwent a major reconstruction.

This took place after a 400-year timespan (since Sultan Murad Khan’s reign).

The stones are the only original part left from the Holy Kabah during the reconstructions. All other materials, including the ceiling and the roof’s wood, have been replaced.

Muslims Holy Travel offers the finest Umrah packages at the best possible prices. Muslims from all across the United Kingdom can take advantage of this chance through reputable travel brokers. Umrah is a blessing that Muslims may easily obtain through our outstanding services, which include halal vacations as well as an amazing range of hajj and Umrah packages. 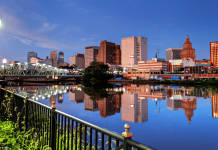 Things to do in New Jersey 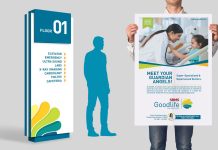 How to develop a brand identity for a strong digital presence? 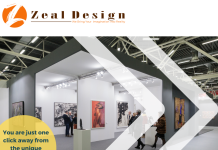 Want best 3D design and stand building and best booth building in Germany Italy, Munich and across Europe? So, we are here for...

How To Use An Extension Cord For A Refrigerator?

Top reasons that why gutter cleaning is necessary for you? 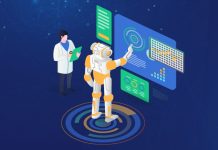 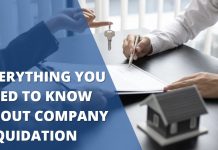 Everything You Need to Know About Company Liquidation 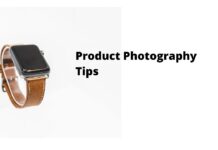