The history of Roman coins is a long and highly articulate subject – it involved enormous geographical and temporal expanse.

The subject of Roman coins can be split into two broad areas:

The first area is one of growing dominions and general wealth for Rome. It was not lacking in its tumultuous periods requiring economic sacrifice, such as during the Punic wars. However, it was generally a period wherein the value of coinage, particularly the silver coinage – the Denarius – held its value.

This article considers the second area: As the Roman Republic came to an end social strife and civil wars took their toll. The clear victor was Julius Caesar’s adoptive heir Octavian. Renaming himself Emperor Augustus he reorganised the entire Roman political and monetary system.

The Roman Empire reached a huge size and sphere of mercantile influence as far as India and even the Chinese trade routes through Syria. However, its enormous size also brought logistical hurdles, structural inefficiency, shifting social needs and inflation.

The metal content, physical size and weight of Roman coins intended to be a close proxy of the coin’s actual value. Hence the changing attributes of ancient Roman coins are an indication of inflationary and economic pressures also.

Just like modern economies, there were many different reasons for the inflationary tendency of the Roman economy. Some of the mechanisms included:

This type of inflationary mechanism characterised Roman coinage from the time of Emperor Nero for the next 400 years all the way through to the fall of the empire of the West in the late 5th Century AD.

The development of Roman coinage throughout the Roman Empire

There are some key milestones and periods in the history of Roman coinage throughout the Empire.

The events involving Julius Caesar and civil wars effectively brought the Roman Republican system to an end. Caesar’s heir Octavian (aka Emperor Augustus) reformed all major institutions whilst also encouraging a return to traditional values. The cost of the civil wars, the rebuilding of Rome to “a city of marble” and the renewed structure of government required coinage to be reformed. This reform lasted through to the second half of the 3rd century (260AD).

With this reform, the Silver Denarius was now worth 16 Aes (or As) rather than just 10. This implies that the Aes had effectively been debased whilst holding the value of the gold Aureus and silver Denarius steady.

2. Late empire to fall of Rome

Throughout the 3rd Century the silver content of the main structural coin – the Denarius –continued to drop, reaching as low as 1% around 270AD. This is a strong indicator of the ongoing inflationary pressures and rising costs of managing the empire. The trick was to make it of face value 2 denarii but with a coin weighing only 1.5 times the denarius.

This untenable situation was first reformed by Diocletian (284-305) who attempted to stabilise the empire by splitting it into East and West and entirely reformed and stabilised the value of roman coinage. The Aureus, Argenteus (eliminating the radiate antoninianus) and a new silver-plated “Nummus”.

Emperor Constantine the Great continued the structural reforms and religious reforms which opened the path for Christianisation and shifted the capital of the Roman Empire to Constantinople. The gold Aureus was restruck as the “Solidus” – a name which was to stick thereafter. Later emperors also issued the “Tremissis”, “Siliqua” and “Miliarensis”

The fall of the Western Empire is dated to the end of the 5th Century, with various “barbarian” (Celtic) incursions and general splintering of power. The Eastern Roman Empire was still “the Roman Empire” with a claim on the western dominions though largely referred to as the Byzantine empire.

The influence of Roman coins on early medieval coins

With the fall of the western part of the Roman Empire, there was a general splintering of regional power through the usage of Roman coinage or reproduction of Roman coinage continued for a considerable time later by invading Germanic and Celtic tribes. For example, the Vandals invaded the Iberian peninsula and north Africa, among regions.

The majority of provincial mints were lost by the middle of the 7th century. Over time coinage was susceptible to fragmentation and redesign towards more abstract designs which echoed the Roman past but gradually re-introduced native styles in favour of Graeco-Roman designs. Early issues were of gold, then silver and later debased to bronze.

Byzantine coins and Roman coinage of the Eastern Roman Empire

The Roman coinage in the empire of the East, also known as the Byzantine Empire, continued to progress for a further 1000 years building on the legacy of Constantine the Great. The gold Solidus continued its existence together with a variety of clearly marked bronze coinage: Follis, Half Follis, Decanummium, Pentanummium and Nummus.

Being closer to Eastern and Middle Eastern regions the language and symbols of such coinage soon took on Greek influence and overlayed onto the Latin inscriptions with strong Christian symbolism such as the Christian Chi-Rho cross for example. The imperial portrait shifted to a frontal image of symbolic rather than figurative style.

Conclusion to the progress of Roman Coinage throughout the Empire

The history of Roman coins and the development of the monetary system throughout the imperial period had to be adapted to many changing needs for some 1500 years. It started with Emperor Augustus’ reforms through to the fall of the Roman empire of the East (Byzantium).

It was a chequered history of ongoing inflation and an eastward shift of trade. This effect is noticeable in the ongoing decrease in the silver content of the Denarius coin – which went from 98% at the time of Emperor Nero down to less than 1% in some instances in the 3rd and 4th centuries.

Creating coinage which could still serve its purpose required some extremely creative monetary reforms and metallurgical techniques to make coins look more valuable than they actually were.

These reforms had to cater for the dwindling fortunes of the western portion of the empire in parallel with those of the enduring eastern Roman empire.

The iconography of Roman coins has come to be a definitive template for many western coinage systems through time – also due to the realisation that the value of coinage lies not only in its intrinsic metal value but also as a form of currency exchange based on trust.

The golden “Solidus” of Constantine the great endured almost until the very fall of Constantinople in 1453, also pressured by the Christian crusades.

The Benefits of Making a Advance Reservation

How to Preferences the Professional Movers and Packers 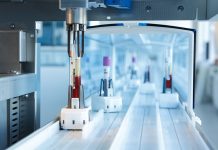 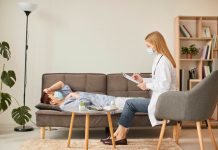 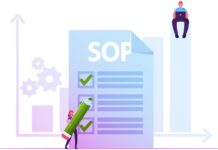 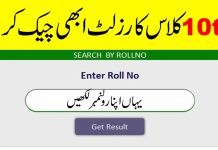