There may be two races left in the 2011 season, but the championship result has not been in doubt for a number of months now due to the dominance of Red Bull and Sebastian Vettel. F1 Driver Movements

Teams and drivers have therefore already turned their attention to 2012 which is set to be far more competitive thanks to the reinvigorated Ferrari and Mercedes teams and the potential return of a former World Champion.

We, therefore, take a look at the 2012 reshuffles; both on the driver and the technical front.

The unbeatable force of 2011 is set to remain unchanged next year, with Sebastian Vettel having committed himself to stay at the team until 2014, and Mark Webber had signed yet another one-year extension. However, Webber has got some work to do if he is going to close the gap to his teammate after a very underwhelming 2011.

The technical group is also set to remain the same, with legendary design Adrian Newey continuing to lead the team.

This could once again give them the edge on the aerodynamic front, with technical regulations being changed next year in order to outlaw the blown diffusers which rivals believe has been one of the keys to Red Bull’s performances this year.

You would have to be a brave man to bet against Sebastian Vettel becoming only the third man in history to win three successive titles next year with the young German undoubtedly being the class of the field at the moment.

Hamilton and Button will remain at the team for a third consecutive season, but this is going to be the final year in Hamiltons deal with the team. He has made headlines for all of the wrong reasons this year and has been well and truly beaten by Jenson Button who is without doubt driving better than ever before.

This is perhaps going to be the most interesting story of 2012 with Hamilton attempting to get himself back on the right track and reclaim the title of being the fastest man of his generation. 2012 is really going to be a win or bust for the former World Champion.

The brains behind the design of next year’s MP4-27 will remain the same; let’s just hope that they don’t repeat the mistakes of the past three seasons by producing a car that simply isn’t fast enough at the start of the year.

However, the recruitment of former Williams technical director Sam Michael to work on trackside operations should help them extract more potential from their package. McLaren should be stronger in 2012; the only question is will they be strong enough?

Ferrari looked a match for Red Bull in winter testing this year only to lose touch at the season opener as their final pre-season updates failed to deliver the expected benefits. Blame for this was assigned on a lack of correlation between track performance and the wind tunnel; an issue which when rectified allowed the team to once again challenge for wins at the midpoint of the season.

However, the team has been well behind Red Bull in terms of aerodynamic performance all-season; with the former technical director, Aldo Costa ultimately being held responsible. He was replaced by former McLaren man Pat Fry.

Fry has been tasked with being far more adventurous in the design of next year’s chassis in order to claw back the gap to Red Bull. This along with the ban on blown diffusers could ensure that Ferrari returns to championship challenging form next year.

The ban on blown diffusers should also go in the Italian team’s favor; let’s not forget that the only race where blown diffusers were temporarily outlawed this year was won by Alonso.

On the driver front, Alonso will once again be teamed up with the struggling Massa who must surely be approaching the end of his tenure at the sport’s most prestigious team.

Mercedes is perhaps the most exciting team of 2012. The team has grabbed headlines this year for the recruitment of well-qualified technical personnel from other teams; with former Red Bull man Geoff Willis and Ferraris Aldo Costa joining former Renault design Bob Bell at the team. This will undoubtedly move them forward, but it could take a couple of seasons for the team to be in a position to lead the way in design once again. F1 Driver Movements

Despite Nico Rosberg more often than not continue to deliver the maximum potential of the car, it has been his teammate Michael Schumacher who has continued to draw attention to this page.

The seven-time champions performances have actually been much improved; his robust defense against Hamilton in Monza and scintillating form in the wet at Canada have proven that the German may well be on the verge of getting back to race-winning form. Would you really bet against Michael Schumacher being a championship challenger given the right car?

2011 has been Williams’s worst ever season; with them currently lying 9th in the constructor’s championship having scored only five points. Critics felt that this was the beginning of the end for the once-great outfit like Tyrrell and Lotus before them.

One man who never thought this was a possibility was perennial team owner Frank Williams who has set about putting the team back on track for victories. This started with the recruitment of a new technical team lead by former McLaren man Mike Coughlan and featuring highly qualified aerodynamics Jason Sommerville and Mark Gillan.

The team has also rekindled its relationship with Renault, a partnership that won four driver championships and five constructors titles during the 1990s. F1 Driver Movements

On the driver front, despite scoring four of the teamâ€™s five points this year; Rubens Barrichello has more often than not been outperformed by his rookie team-mate Pastor Maldonado who bring substantial sponsorship from his home country Venezuela.

2011 is therefore likely to mark the end of the longest driving career in F1 history, with Williams believed to be looking for a replacement.

One man who has visited the Williams factory in order to discuss the seat is the 2007 World Champion Kimi Raikkonen who is believed to be keen on a return to the sport.

The return of Williams-Renault and former champion Kimi Raikkonen could well be the magic formula that the team requires in order to halt its decline and return to the podium in 2012. However, donâ€™t expect too much from the team next year because the road to recovery is going to be a long one.

The Alonso championship-winning years of 2005 and 2006 must seem like centuries ago for this team which was sold by Renault to investment firm Genii Capital in 2010. It has subsequently gained investment from the Lotus Car Company; with it expected that the team will be renamed next year. F1 Driver Movements

Even the rebirth of the once-dominant Lotus name is unlikely to get the team back into the winner’s circle, with on-track performances having been gradually declining over the course of 2011 despite a podium finishing start in Australia and Malaysia. Rumors of off-track internal ructions and financial problems will have done nothing to help the team address this issue.

The team’s driver situation is perhaps even more complicated, with Robert Kubicaâ€™s ability to race again after his Rally Accident in February still in doubt. The Polish driver had been expected to step back into an F1 car for a test in October, but this date has subsequently been pushed back.

With Petrov already signed up to drive the second car, the identity of the team’s lead driver, therefore, depends on Kubicaâ€™s condition. Temporary replacements Nick Heidfeld and Bruno Senna have not set the world alight, which leaves GP2 champion, Roman Grosjean, as the most likely man to fill the seat should Kubica tragically be unable to grace the circuit once more.

With the line-ups at Team Lotus (rumored to be renamed Caterham in 2012) and Sauber remaining unchanged, it is Force India and Toro Rosso who have perhaps the best seats up for grabs. F1 Driver Movements

With Force India set to retain impressive Scottish rookie Paul Di Resta for another year, it is Adrian Sutil who is set to be sacrificed in order to make way for the team’s test driver Nico Hulkenberg. Sutil’s future in the sport is unclear at the moment, despite being linked to the vacant seats at both Lotus (Renault) and Williams.

Toro Rosso meanwhile has been preparing to give a chance to yet another Red Bull development driver in the form of Daniel Ricciardo who has contested the second half of 2011 for HRT. This means getting rid of either Jamie Alguersuari or Sebastian Buemi.

With new sponsorship from Spanish oil company Cespa and his improved performances of late despite a shaky start to the year; it is expected that Spaniard Alguersuari is the man most likely to be retained leaving Buemi out in the cold.

Over at the other new teams; Marussia Virgin Racing has resigned highly rated lead driver Timo Glock until 2014 and is expected to replace Jerome Dâ€™Ambrosio with Frenchman Charles Pic who comes with sponsorship from Total.

On the technical front, the team will be much improved next year after a disastrous 2011, with designer Nick Wirth being dropped and the team signing a technical support deal with McLaren similar to the one which has helped Force India move up the order in recent years.

HRT meanwhile, despite having new owners, is continuing to muddle along despite uncertainty continuing to surround their long-term future due to their failure to establish new facilities in either England or Spain as planned and the loss of technical director Geoff Willis to Mercedes. His role is being assumed by former Honda man Jacky Eeckelaert, but their ability to get a car ready in time for the New Year is just as uncertain as it was 12 months ago. F1 Driver Movements

Reasons Why You Need To Cut Your Hair Short

Why Will Cybersecurity be so Critical in 2022?

Explaining The Results of An Antigen COVID-19 test 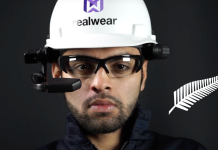 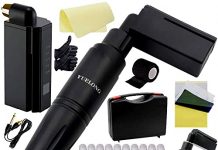 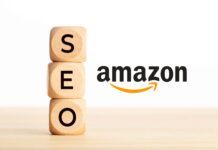 A Quick Guide to Using Keywords for Amazon SEO