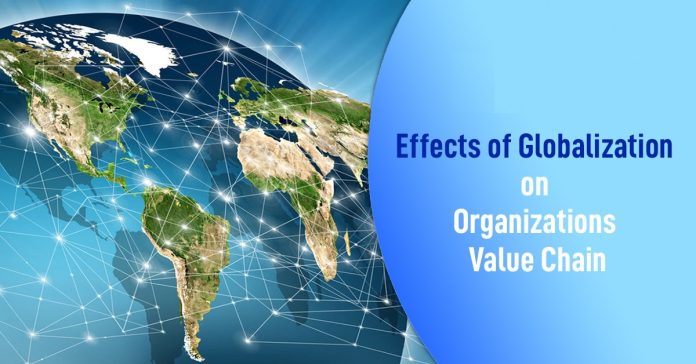 Today’s business world is a global one. Businesses, regardless of location or major market base, are forced to consider the rest of the world’s competition when analyzing their competitive strategy. Even though some of their competitors are located in nations where these external influences are more prevalent than their home country, firms can’t completely disregard them. Supply Chain Management (SCM), also known as Global Value Chains (VGC), allows companies to go completely global in their production and delivery. Product development in the United States, manufacturing and distribution can all be carried out by a single organization. Companies have shifted their operations and logistics management practices. As trade, transportation infrastructure, and competitiveness have evolved, flow management has been elevated to new levels. In fact, many college students are indulged in research based on the economy. Many students ask for Economics Assignment Help from My Assignments Pro.

Value chains and supply chains for produced goods have been completely transformed due to globalization. When transportation, shipping, and technology were less convenient in the early days, most supply chain management procedures were carried out at local industrial facilities. A product can now be made at one site, packed at a second location, and exported for sale in different world regions using flexible supply chain management. GVCs, or global value chains, refer to the complicated multinational production and distribution process.

This research examines the impact of globalization on an organization’s value chain. When it comes to gaining an advantage over their competitors, multinational corporations (MNCs) have turned to globalization. Every company needs to compete with both local and global companies because of MNC’s in the international market, which has led to a rise in competition. Many multinational corporations (MNCs) have risen to the top of their markets, and it is nearly impossible to compete with them in some sectors. Microsoft, Apple, and Google are just a few of the most recent instances of multinational corporations. Even if these large corporations see some rivalry in their respective areas, it is still difficult to defeat them, especially local rival companies.

Some small-scale businesses can suffer from the effects of globalization, yet many large corporations have used globalization in their value chain to their advantage. Whole Foods, an organic food manufacturing and distribution corporation based in the United States is a fantastic illustration. In the organic food sector, Walmart and Trader’s Joe used to be major competitors of Whole Foods. Many African countries, like Vietnam and Ghana, were then chosen to supply the company’s organic food needs. All areas of supply chain management, from distributing local food to finished items, were affected by this trend.

In addition, globalization can help to increase the company’s and its value chain’s financial assets. Governments in many nations are making it easier for new businesses to get off the ground because of the influence of globalization and its effect on the global market. India and China are using FDI (Foreign Direct Investment) as a significant weapon to gain foreign currency while also allowing multinational corporations (MNCs) a chance to thrive in their local markets. This bandwagon of easing the FDI policies of other OECD (Organisation for Economic Corporation) countries, such as Australia, is also gaining traction. Foreign multinational corporations (MNCs) account for more than 20 per cent of national employment in many OECD nations.

Because of this, many IT, software, and service providers have built a new supply chain management system for these intangible products. Some started offering limited use or free versions of their software to protect their copyrights, while others offered trial periods, limited usage, or free software. Thus, their software was protected from theft, hacking and piracy. These hackers are always creating new ways to hack and re-distribute this software for free on the internet, which has been increasing in frequency over the last several years.

The global manufacturing environment has evolved during the past two decades. Exports, strategic partnerships, joint ventures or a long-term strategy to sell and create in overseas markets are the norm for most enterprises.

Small and medium-sized businesses are being forced to improve their operations and possibly contemplate expanding globally due to increased foreign competition in domestic markets. To keep up with the demand from outside, a worldwide manufacturing network and distribution network must be established. Production planning gets more challenging as markets become more global, allowing for more efficient use of resources. The multinational product lifecycle hypothesis is no longer relevant in most industries. Technology-intensive companies’ product markets are changing at an accelerated pace. As demand for new products increases, product lifecycles are becoming shorter. In addition, clients worldwide have rapid access to the most recent items and technologies thanks to developments in communication and transportation technology. Consequently, producers who want to capture worldwide demand must launch their new items concurrently in all major markets.

Besides globalization, an unusual tendency in the last decade was a restricted number of manufacturers that emerged due to the diversity of products and homogeneity across national marketplaces. Product diversity has increased as products have become more sophisticated and differentiated, and their life cycles have become shorter. Imports from foreign-based enterprises accounted for more than 20 per cent of the US market for high-tech items in the recent decade. Japan and increasingly industrialized Hong Kong, Singapore, South Korea, and Taiwan were also significant sources of imports in this category, as were other European countries and Japan. Global low-cost manufacturing hubs have evolved due to the spread of technological knowledge. As a result of the spread of technological capabilities, multinational corporations must increase their ability to access many technology sources in different nations. To overcome the damaging and prevalent “not-created-here” attitude and its attendant inertia, they also need to be able to absorb swiftly and effectively new technologies that, in many cases, were invented outside the firm.” Sharing of technologies and inter-firm collaborations have taken place.

It has become increasingly important for manufacturing organizations to focus on product and process conformance quality and the speed with which they can deliver and respond to customer requests to remain competitive in today’s marketplace. In the TQM revolution, the focus was on overall quality expenses rather than just labour. Product design and worker training significantly impact production costs, and companies have acknowledged this. They shifted their focus from inspection to prevention. Internal and external expenses of bad design, low-quality input and poor craftsmanship were also calculated. As a result of these realizations, access to talented personnel and high-quality suppliers became a key priority for companies competing on quality.

A worldwide operations manager’s worst nightmare is being stung by unexpected or unjustifiable currency devaluations in the nations they do business. The global operations manager must handle the risks associated with fluctuations in both nominal and real currency rates. Firms may even go so far as to set up a supplier in a foreign country where one does not currently exist if the economics are favourable. Firms can benefit from a weak local currency by relying on local merchants for most purchases. In any event, the company may still choose to purchase some of its raw materials from less-than-desirable suppliers in other countries if it believes that keeping a long-term connection with them would be beneficial in the future when the company’s business strategy shifts.

Operational Effects of an Interconnected World

As a result, both operations and logistics must constantly adapt to the changing environment. As an integrated economy grows, the logistic framework needs to adapt.

The significance of geographical boundaries is waning. It is common for companies to treat their global network of sites as one. An operations and logistics strategy that considers more than just national boundaries is required to source products worldwide, set up production facilities on every continent, and sell products in various countries. The European Union is a wonderful illustration of how regional economic Integration has taken advantage of this geographical connection—immediately following the start of the merger process on January 1, 1993. Custom duties between countries in the European Economic Community were abolished. Corporations have to reevaluate their physical flow patterns across Europe by eliminating borders. Sales subsidiaries in every nation were no longer necessary, nor were logistical support and production systems tailored to each country. Production and distribution aren’t constrained to a single country for businesses but rather a global phenomenon. Data processing and communication technology and a world-class new mode of transportation have made geographic Integration conceivable. Enterprises can ship items large distances in the quickest time possible using express delivery services like FedEx and DHL, TNT with their planes and hubs, systems of collecting tracking and ultimate delivery, and substantially lower costs than the expense of carrying inventory.

Because of the rapidity with which the world is changing, it is no longer possible to classify and sequence the many functional activities. It is not only the physical flows associated with production distribution or after-sales support that the logistics and operations manager is supervising; they are also in charge of activities such as R&D and marketing. This functional Integration has greatly enhanced the management of flow. Automobile manufacturers like Renault in Europe use two teams to build up projects for developing new models: one from R&D and the other from logistics. The research unit has assigned the teams to simulate the procurement and manufacturing phases’ required flows according to the items it has provided. Modifications recommended by the logistics department, for example, can impact the design stage of the automobile.

Customers, producers, and distributors strive to improve their own logistical and operational processes in traditional supply chains. In doing so, they created challenges and inefficiencies for the channel’s other participants, making it more difficult to maintain a steady flow and raising the overall system’s costs. A growing number of leading companies are realizing this and are working together with all partners in the supply chain to improve the system as a whole. Sectorial Integration is the name given to this cross-border cooperation.

Global market pressures, global technical forces, global cost forces, and political and macroeconomic forces contribute to a more globalized and integrated global economy. Globalization and the Integration of the global economy are affecting business practices. Additionally, a global supply chain is based on the Integration of geographical, functional, and sectoral Integration. Some emerging countries’ economies benefited from globalization as well. The economic situation in many developing countries has improved to the point where employees from those countries can now work in many multinational corporations without leaving their homes and earning a respectable salary. Workers in several Asian countries may provide a good income for their families without travelling outside of their home countries because a dollar there is worth hundreds of cents. Value chains of multinational corporations are bolstered by a belief that local and international clients will be able to access high-quality items without waiting for them to be sent from a distant faraway place.

This was how globalization has made an effect on the organizations’ value chain. If you want an assignment similar to this, seek Economics assignment help via My Assignments Pro.

How is airport taxi service considered beneficial for professionals?

Selecting The Best Construction Company For a Project- This Guide Will... 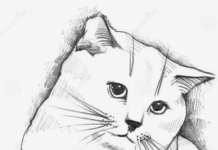 How to draw a natural cat step by step 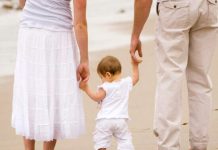 Ahmedabad’s Top Fertility Clinic: Everything You Need to Know 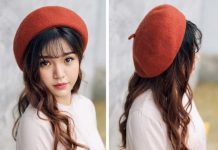 Explain beret caps, their history, and types that are still popular...