When it comes to Live streaming, Twitch sits tall and proud as king of the hill. It has, by far, the largest number of users who watch live streams. Since it was first launched, Twitch has been considered the gold standard when it comes to living streaming and other social networks have launched their own iterations of the product. There is some serious competition between streamers from the likes of Facebook and YouTube in the live streaming space. However, for the time being, Twitch is at the top. Twitch is so popular, it can be watched on phones, tablets, and computers. It is also available to watch on your TV now and if you couple it with DIRECTV Satellite, you can enjoy live streams and cable TV at the same time! By opting for DIRECTV packages, you can have your daily dose of entertainment.

For reference, until September 2022, they had 1031 billion minutes watched so far. That is 1.9 million years of content being consumed in the first 9 months of 2022! These sorts of numbers show that the platform is on a roll with so signs of slowing down. This is thanks to the diverse types of streamers that call Twitch their home.

The Different Types of Live Streamers

This article will touch on the different types of live streamers on twitch.

An IRL streamer capitalizes on the ‘just chatting’ category. In this, the streamer may be in their home, at a café, or walking down the street while live streaming. The streamer will be broadcasting what they are doing and chatting with their viewers as the stream goes on. So far, ‘just chatting’ is the most popular category on twitch thanks to the raw and unfiltered content that it produces.

As the name suggests, single-game streamers capitalize on a particular niche. Ninja, one of the highest viewed streamers on Twitch made his name playing the battle royale game Fortnite. He is synonymous with the game and has even gotten exclusive in-game cosmetics dedicated to him. His audience tunes in to watch him play Fortnite because 1. He is very good at game 2. That is the niche that gets him the most engagement and viewership.

A music streamer will Livestream different forms of music for viewers who enjoy live music. These streamers consist of singers, DJs, guitarists, pianists, and people who play other instruments. Music streaming is considered a ‘lurked category’ which means a vast majority of its viewers play them in the background while studying, working, or just going about their day. This is akin to when you have music playing while in the gym, except that it is life.

A variety streamer, as the name suggests, offers a wide range of content for its viewers to watch. On Twitch, a variety streamer is often someone who plays different games. Each time they go live, they will be playing a different game than the last time. Sometimes, they might even play different games in the same stream to be able to get viewers from all genres. Moreover, these streamers also have the highest collaboration rate with other streamers since they aren’t bound by one game. Thanks to their diverse selection, they could collaborate with an FPS streamer on Monday and an RPG streamer on Tuesday and a board game streamer on Wednesday, and so on.

It has been observed many times that streamers will start with one niche and build an audience and then go on to become a variety of streamers. They might do this because they get tired of playing the same game or there isn’t that much content to squeeze out of their current game. However, it has been observed that when this happens, the viewers don’t respond too well.

A casual streamer is someone who doesn’t pay heed to things like stream schedule, viewers, or followers. They simply go live for the fun of it and don’t have the most exuberant viewership numbers. They aren’t Twitch Partners or Affiliates so they won’t be making any real money off the platform as well.

The final category of Twitch streamers is funnel streamers. Their focus isn’t Twitch streaming; it is directing traffic to other channels they are active on. Funnel streamers also make money from Twitch but their main source of revenue is often the channels they are directing traffic to. For example, if a content creator has a Patreon or OnlyFans account, they will use Twitch to gather viewers and divert them to these platforms. Both these platforms charge a fee which makes the potential to earn a lot higher than Twitch. They also have a sizeable number of users which makes funnel streaming quite lucrative for them!

How to stream on Twitch?

First and foremost, you’ll need to have a strong internet connection. After all, no one wants to watch a choppy or laggy stream. Twitch recommends having an upload speed of 3 Mbps or higher.

Once you’ve signed up for one of those accounts, you’re ready to start streaming! Just open up the Twitch app, click on the “Go Live” button, and start playing your game or sharing your screen.

And that’s it! Just follow these simple steps and you’ll be streaming on Twitch in no time. Good luck!

Do you need a Twitch account to watch streams?

No, you don’t need a Twitch account to watch streams. However, if you want to interact with the streamer or other viewers in the chat, you will need to create a Twitch account.

Yes, Twitch is free to use. However, there are two paid subscription options: Amazon Prime and Twitch Turbo. Amazon Prime will give you ad-free viewing and some other exclusive benefits, while Twitch Turbo will do the same but will also give you some exclusive emotes and badges.

What do I need to start streaming on Twitch?

In order to start streaming on Twitch, you’ll need good internet, which should be fast just like AT&T Wireless, a Twitch account, and the Twitch app. You’ll also need to sign up for an Amazon Prime or Twitch Turbo account. Amazon Prime will give you ad-free viewing and some other exclusive benefits, while Twitch Turbo will do the same but will also give you some exclusive emotes and badges.

How do I start streaming on Twitch?

Just open up the Twitch app, click on the “Go Live” button, and start playing your game or sharing your screen. That’s it! Just follow these simple steps and you’ll be streaming on Twitch in no time. You can read our other blogs here.

Do I need a capture card to stream on Twitch?

No, you don’t need a capture card to stream on Twitch. However, if you want to stream console games.

Legal Tips That Every Business Should Implement

How Technology is Changing the Automotive World

Where To Buy A Shredder Machine In Singapore And What To... 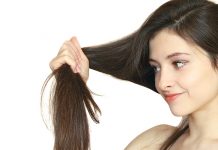 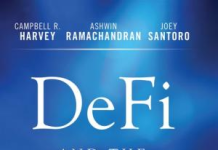 How DeFi is Reshaping the Future of Finance 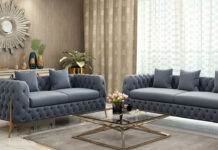 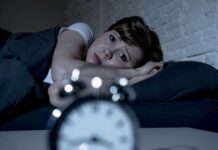 How to beat it & Get Better Sleep?