Belur is a small town located in the Hassan district of Karnataka. Situated on the banks of the Yagachi River, this city is surrounded by greenery from all sides.

Also known as Velapura, it is an ancient and important city. It is from 10th to 14th. It is the capital of the Hoysala Empire ruling Karnataka in the middle of the century.

The Hoysala Empire is extremely famous for its splendid temple architecture. He was a great patron of art, literature, and religion. A shining example of this is the Chennakeshava temple.

The Hoysala dynasty originally belonged to a region called Malanadu in the Western Ghats. They are considered particularly adept in combat skills.

Taking advantage of the internal war going on between the Chalukya and Kalachuri dynasties, he established suzerainty over many areas of Karnataka.

By the 13th century, they had established their empire in most of the areas of Karnataka, some areas of Tamil Nadu and many areas of Andhra Pradesh and Telangana.

The Hoysala period is considered the golden period of this region. In the field of art, architecture, literature, religion, and development in South India, the Hoysala dynasty has made a very important contribution.

Initially, the city of Belur was their capital. Later he shifted to Halebidu which is also known as Dwarasamudra. Today the Hoysala dynasty is particularly remembered for its exquisite Hoysala architecture.

At present there are about 92 temples adorned with Hoysala architecture of which 35 temples are located in Hassan district.

Apart from these, the Lakshmi Narasimha Temple at Naggehalli, the Veera Narayan Temple at Belwadi, the Ishwar Temple at Arsikere, the Boucheshwara Temple at Koravangala, the Jain Basadi at Halebidu, the Brahmeswara Temple at Kikkeri are among many other temples that are famous for Hoysala architecture.

Etymology of the name Hoysala

According to Kannada folklore, there was a young man named Sal, who saved his master’s life from a tiger by stabbing him with a sword.

To strike was called hoya in the ancient Kannada language. This is where the word Hoysala was derived.

Chennakeshava Temple is one of the fascinating specimens of Hoysala architecture. This temple is locally called Kalasagar for its extraordinary carvings and exquisite craftsmanship. Its beauty is so expressive that all these inanimate stone artifacts seem very alive.

The Chennakeshava temple at Belur was built by Vishnuvardhana in 1117 AD. It took three generations of the dynasty 103 years to build this masterpiece of architecture.

It is said that more than 1000 artisans contributed in the making of this architecture by stone.

This temple is dedicated to the Chennakeshava form of Lord Vishnu which means beautiful (Chenna) Vishnu (Keshava).

This temple was built to commemorate the important military victory won by King Vishnuvardhana over the Chola dynasty.

According to another local belief, this temple was built by King Vishnuvardhana to commemorate the abdication of Jainism and the adoption of Vaishnavism.

When King Vishnuvardhana was following Jainism, he was called Bittidev. He converted to Hinduism under the influence of his guru Ramanujacharya.

His queen Shantala Devi was a great admirer of art, music and dance. She herself was proficient in Bharatanatyam dance. She was also known as the dancer.

This huge temple is surrounded by reefs from all sides. There are two entrances to enter the temple.

There is a huge five-story gopuram at the eastern entrance. The main gate was destroyed by the invaders of the Delhi Sultanate. It was rebuilt during the period of the Vijayanagara Empire.

The lower part of the gopuram is made of hard stone, while its upper part is made of brick and mortar.

It is adorned by the idols of gods and goddesses. It has two horn-shaped structures of Gaumata at the top two corners.

That is why it is called Gopuram. There are five golden vases between the two horns.

The unique main part of the temple is in the shape of a star which is set on a platform. This platform is called Jagti.

The temple has a sanctum sanctorum, suknasi i.e. porch and a navranga mandapa. There was a vimana i.e. a structure built of brick and mortar and protected by wood covered with gilded copper sheets. 19th to protect the inner sanctum. It was disbanded in the century.

There are three gates in the east, north, and south direction to enter Navrang Mandam. The temple has been constructed by Shailkhati i.e. alabaster stone, on which you can see the subtle carvings on the entire structure.

The gate of the east direction is adorned by Makar Toran. The ten incarnations of Vishnu are depicted on the plaque above the main gate.

The scene of the slaughter of the tiger by Sal is represented by two huge structures on either side of the gate.

It is also the royal symbol of the Hoysala dynasty. On either side of this symbol, you will see two small temples dedicated to Lord Vishnu.

The walls on either side of the eastern gate depict a view of the royal court with enchanting engravings, with King Vishnuvardhana on the left and his grandson Veera Ballal on the right.

The temple gates are also exquisitely engraved by beautiful filigree carvings. In front of the eastern gate, towards the Gopuram, there is a golden flagstone.

In front of it is a beautifully engraved Garuda, which faces the temple and is the vehicle of Lord Vishnu.

Home Repair Grants or loans For Senior Citizens TO REPAIR Up...

Eligibility Criteria For An Accident At Work Claim 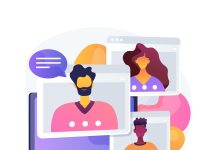 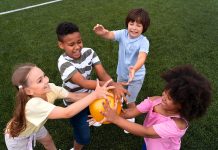 Planning your kids parties without any stress 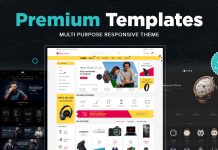 Best Free Prestashop Themes For Any Kind Of Business 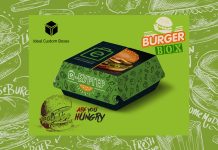 How Custom Burger Boxes Can Boost Your Business?