This is a list of the best places to visit in Deoghar.

Baidyanath Temple – According to Hindu mythology, Ravana went to Mount Kailash and prayed to Lord Shiva, who gave him a Jyotirlinga to take him to his land, with the promise that he would not keep the Shivling anywhere else. When this happens, the Shivling will remain stable at that place forever. The gods, who were unhappy at the prospect of the installation of a divine lingam in the enemy kingdom, which would make him powerless against his adversary, played a trick on Ravana. He accidentally handed over the lingam to a Brahmin, who installed it at Deoghar. Ravana tried his best to uproot it, but even after breaking the tip, he failed. In deep remorse, he used to come to this place every day and worship the Shivling by offering Ganga water. Historically the temple dates back to 1596. There are almost all the deities in the temple and the entire temple is built on a single rock. In the month of Sawan, people from all over the country come to offer Ganga water to the divine Shiva Linga. If you are planning to visit Deoghar hire a  taxi service Deoghar from Kinwar Cabs which is the best taxi service provider in Deoghar.

For centuries, devotees undertake a rigorous 100-km pilgrimage on foot from Ajgaibinath (Sultanganj) in Bhagalpur district in the month of Shravan (June-July) to offer holy water from the Ganges to the Shivling at Deoghar. Please tell that during this time there is a lot of crowd in Deoghar as more than 50 lakh devotees come every year. Hence it is not recommended for a casual traveler to visit Deoghar during these months.

Nandan Pahar – A picnic spot with some basic rides up a small hill. Vehicles come to the base but have to climb up.

Naulakha Temple – This is a beautiful temple of Radha-Krishna on the outskirts of Deogarh.

Satsang Ashram – This is a holy place for the followers of Sri Sri Thakur Anukulchandra. It also has a museum and a zoo along with the Sarva Dharma Mandir.

Trikuta – 16 km from Deoghar, the source of the Mayurakshi river – vehicles come to the base but have to walk up. Recently a ropeway has been built to take people up to the top.
Ramakrishna Mission Vidyapeeth, Tiwari Chowk (Williams Town).

A shrine to one of the twelve Jyotirlingas, the Baba Baidyanath Temple has twenty-one other shrines of different deities. It is said that Ravana worshiped Lord Shiva and offered his ten heads as a sacrifice; Impressed by this, Lord Shiva came to cure him in the form of ‘Vaidya’ – Doctor. Thus the name of the temple was ‘Baidyanath’. The temple is also one of the Shakti Peethas, with two shrines – those of Goddess Parvati and Lord Shiva – fused together to show the sacred bond of Shiva and Shakti. In the month of Shravan (August), devotees bring holy water from the Ganges to wash the Jyotirlinga.

Situated in the heart of Deoghar, and established in 1922, Rama-Krishna Mission Vidyapeeth is the oldest educational institution of the Rama-Krishna Mission. It is now a senior secondary school for boys and was looked after by the brother disciples of Swami Vivekananda. Monks and brahmacharis run the institution, which includes teachers from abroad as well as from all over India. There is a greenhouse and a small medicinal garden apart from an established museum showcasing the ancient and tribal heritage of India. The most attractive feature is the temple of Sri Rama Krishna where religious festivals are held.

Located about 2 km from Baba Baidyanath Temple, Naulakha Temple is a shrine to the idols of Radha and Krishna; As well as a major Hindu pilgrimage site. A serene and peaceful temple, it spreads to about 146 feet in height. Built-in 1948, the Naulakha Temple was the creation of a saint known as Shri Balananda Brahmachari. It is said that Queen Charushila of the Pathuria Ghat royal family donated money for the construction of this temple. It is believed that she had lost her son and husband, due to which she reached the saint in her state of grief. Then they advised him to get the temple constructed. It is about 8 km from Tapovan- another area containing several caves, where Saint Balananda used to meditate.

The ropeway on the Trikut hills (Trikut Pahar) at Deoghar is the only such service in Jharkhand. It is also known as Gagan Khatola. It takes travelers from the base of Trikuta mountain to the highest peak and back. A car takes about 10 minutes to reach the cliff. The ropeway can carry up to 4 people in a car (or cabin) and there are currently about 25 cars in operation. The to and fro fare for the ropeway ride is Rs 50 per person, provided the passenger returns within 2 hours. If there is a delay, he will have to pay Rs 50 for the return journey. It was built and launched in 2009 by RITES and Calcutta-based construction firm, Damodar Ropeway Construction Company. Constructed at a 44-degree angle, the total length of the rope to which the cabins were attached is approximately 766 meters (2,512 ft). The climb is about 392 meters (1,282 ft) above the ground. Check out taxi services in Deoghar and go to explore these places.

Nandan Pahar Parks are separate places set up by the government for the recreational use of the people and for the conservation of the flora and fauna of a certain place. It is for children to play, for the elderly to spend time walking and exercising. Nandan Pahar also supplies drinking water to a large section of the Deoghar population. It also has a ghost house, boot house, mirror house and restaurant. It is also famous for a large Nandi temple. Deoghar is the home of the gods hence it is also known for a large number of popular tourist places in Jharkhand, India. Nandan Pahar Park has beautiful views of the city as well as natural attractions like sunset and sunrise, museums and clusters of temples. The temple is a natural Shiva Linga dedicated to Lord Shiva. Apart from this there are idols of many other deities in this temple (Maa Parvati, Maa Kali, Maa Lakshmi, Maa Durga, Radha Krishna, Brahmadev) and many more. Sunset Point is the most famous point to watch the perfect evening sunset.

Harila Jori is situated on the northern bank of Deoghar, 8 km from Baidyanath temple and 5 km from Tower Chowk. During ancient times, this area was filled with haritaki (myrobalan) trees. This was the place where Ravana in the form of a Brahmin handed over the lingam to Lord Vishnu and went to urinate. A stream flows here and it is known as Ravana Jori. Legends say that both Shiva and Vishnu met here. Hence the name, Harila – Jori. The Shiva temple was built by Achintan Das. There is also a pond at this place which is famous as Shool Harini Tank. This is a famous tourist spot.

Sivaganga Deoghar is a holy pond situated at a distance of 200 meters from Baba Baidyanath Temple in Jharkhand. Devotees take water from the Shivganga to offer it to Lord Shiva in the Baidyanath temple. There is a huge idol of Lord Shiva at one end of the Shiva Ganga. Historically, the pond never dries up. According to ancient scriptures, when Ravana was taking the Shivalingam to his country, Lanka, he felt an urge to urinate. He handed over the lingam to a Brahmin and went to urinate. After urinating, they were required to wash their hands and be purified before wearing the lingam. When he could not find any water source nearby, he struck the earth with his fist and the water came out to form a pond. This pond is now known as Sivaganga. It has been rebuilt by the zamindar of Laxmipur and a temple was constructed by Raja Jai ​​Singh.

Rikhiapeeth is situated in a small, remote and rural village of Rikhia Panchayat, also known as Baba Baidyanath Dham, twelve kilometers from the famous temple town of Deoghar in the state of Jharkhand. Undoubtedly the strong spiritual presence of rishis, enlightened sages in the past has reached the present day as the place offers pure, calm and serenity. Its place is abundant in divine vibrations as it is Tapobhoomi, the place of Swami Satyananda’s intense spiritual practices and austerities where he performed Panchagni Vidya, five Agni Pujas, and other long and difficult Vedic Sadhanas or spiritual practices. Rikhia is blessed forever, for twenty years it was the abode and tapobhoomi of the embodied sage and visionary Swami Satyananda, who embodied the wisdom, penance, penance and enlightened understanding of the ancient sages, and great sages.

Nav Durga Mandir is a temple dedicated to the nine incarnations of Goddess Durga at Dev Sangha Ashram located in Bompas Town Deoghar. Goddess Hemavati is the presiding deity of Nav Durga temple. The temple has a beautiful sanctum sanctorum with idols of Lord Shiva, Goddess Saraswati, Goddess Annapurna Brahmarshi Satyadev among many others. The annual Durga Puja celebrations at the Nava Durga Temple attract crowds from many parts of West Bengal, Odisha and Jharkhand.

Tapovan Hills is located 10 km away from Deoghar city. It is mainly famous for Tapo Nath Mahadev, the temple of Lord Shiva. It is named Tapovan because in the olden days it was a meditation place (Tapobhoomi) for the Nagas. It is said that sage Valmiki came here for penance.

How can books help you with Spiritual Healing?

Short and Quick Guide to Buy a Home -Recommended for...

Fix your iPhone yourself? This is what you need to know! 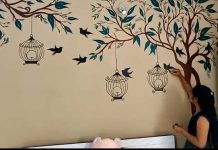 THE DEFINITIVE GUIDE TO PAINTING SERVICES IN ABU DHABI Top 10 Universities to Pursue in Transportation and Logistics in UK 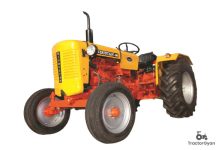 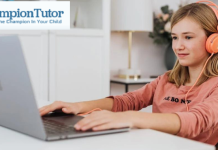