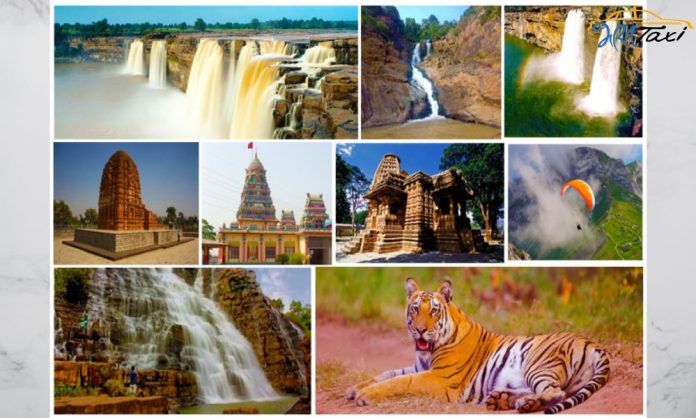 In the central India, Chhattisgarh has a variety of spots to see for historical reasons. Get here the best historical places to visit in Chhattisgarh included temples, palaces, caves and mountains.

The study of history helps us maintain ties to the past and instils in our children a sense of pride in being from a continent that has seen and contributed to so much grandeur. When trying to decide where to go on a historical vacation, it can be challenging to limit down the alternatives because each potential site has its own set of highlights, features, and qualities. But in Chhattisgarh, India, you can’t afford to be careless. Chhattisgarh, a state in the center of India, has been blessed with a dazzling combination of historical significance and natural splendour that will make you never want to leave.

As a result, it is a delight for anyone interested in history to explore the state’s diverse collection of tourist destinations. Chhattisgarh is home to many historic landmarks and royal palaces, each of which has distinct cultural and traditional significance. Confusion is practically inevitable when there is such a diverse selection of attractions to see and appreciate.
On the other hand, you have nothing to worry about because we have already completed the difficult task on your behalf. This article has compiled a list of the eight most historically significant locations in Chhattisgarh that you should see. Keep reading if you want to learn more! Visit Chhattisgarh nearby spots by booking a taxi service from Bharat Taxi. Call on +91 9696000999.

The Bastar Palace is a repurposed mediaeval castle that serves as the regional government centre for the Bastar region. Its origins can be tracked back to antiquity. The Bastar kings had moved their capital to Jagdalpur, therefore construction began when they arrived. The Chhattisgarh Tourism Department lists it as one of the state’s “must-see” historic attractions. Wall carvings, exquisite sculptures, etchings, and sketches all over the castle will take you back in time to when kings and queens ruled. The palace is also an architectural masterpiece, embodying the might and valour of its previous rulers. While in town, you can even ride in a horse-drawn carriage.

If you have a genuine interest in history, then Bhoramdeo is a tourist destination in Chhattisgarh that you should not miss. This temple dated back to ancient times and was constructed between the seventh and eleventh centuries. It is nothing short of an architectural miracle. The temple, located in a mesmerizing setting among the majestic Maikal mountains, is significant not only from a religious and historical standpoint but also for its abundance of breathtaking natural vistas. The Bhoramdeo temple is commonly referred to as the Khajuraho of Chhattisgarh because it resembles the Sun temple of Konark and the Khajuraho temples of Madhya Pradesh. Both of these temples are located in Madhya Pradesh. This temple is an excellent example of the great Nagar construction style and is dedicated to Lord Shiva.

Due to its excellent location above the Maikal hills, which is roughly 941 metres above sea level, this ancient tourist site in Chhattisgarh is incredibly well-known. As a result, over time, the attraction has grown to be very well-known. The palace, which occupies a vast area of 11 acres, is certain to catch your eye at first glance, whether because of the stunning architectural style or the lovely landscape. The palace, which was constructed in the 1930s out of marble and stones, represents the region’s rich cultural legacy.

Because it has been there for more than 900 years, the Mahamaya Temple in Chhattisgarh is one of the most historically significant tourist attractions in the state. It is also one of the oldest tourist attractions in the state. There are many devotees who come to this place to pray to the various gods and goddesses who have statues or idols here. Some of these gods and goddesses are Shiva, Mahakali, Hanuman, Bhadrakali, and Bhairav. Over the course of several centuries, both religious and secular scholars have made the temple their primary place of research.

In addition, the temple is a breathtaking site to behold due to its gorgeous location in front of rolling green hills and its large complex, which has over 150 tranquil ponds. Both of these aspects contribute to the temple’s overall allure. The imposing appearance of the temple’s architecture may be seen in the enormous walls that surround it and the sturdy stone columns that hold up the roof.

5. The caves of Kotumsar and Kailash

The caverns of Kailash and Kotumsar are some of the most famous historical sites in Chhattisgarh, and they may be found deep within the state’s forested interior. Near the beautiful waterfalls of Tiratgarh are some natural caves that boast the world’s second-longest tunnels. People travel from all over the world to view the cave, but they are only allowed to venture so far inside for safety reasons. Located on a very small hill, the discovery of this cave at the beginning of time had profound effects on the local ecosystem, both biologically and environmentally.

Gadiya Mountain, located in Chhattisgarh and considered one of the most popular tourist destinations in the state, should not be skipped if you plan on traveling through this stunning state. This mountain has an illustrious and eventful history, and it is the tallest peak in the Kanker district. During the time of King Dharma Dev of the Kandra dynasty, the mountain functioned as the political and administrative center of the kingdom. A cave within the mountain also served as a hiding place for the royal family during times of crisis, such as when there was a battle. In addition, you can see another cave on the southern portion of the mountain. It was for the ancient sages for meditation that get you back in those days.

This is another excellent historical site that Chhattisgarh offers as a tourist destination. The local villagers in the vicinity of the temples are the ones who bestowed their names upon them. The worship of Lord Shiva is the focus of both of these temples. The Devrani temple is the smaller of the two temples. you can find it facing the east direction. Several statues depicting various Hindu deities and goddesses may be found on the temple premises. In addition, it is worth one’s time to admire the complex carvings of mythical creatures, floral designs, geometrical motifs, and animals found on the walls.

South is the direction the Jethani temple faces, and only a small fraction of it is actually visible from the street. There are three separate ways to enter the temple complex. And, each of them has is exquisitely decoration with murals and sculptures of varying themes and artistic styles.

This temple is among the most visited tourist attractions in Chhattisgarh. It is proud of the reputation it has earned as one of the finest examples of a brick temple in the United States. Because of the modern and precise structure, as well as the gorgeous sculptures, this temple is very remarkable. Being one of the oldest temples in the city, it has a lot of historical, cultural, and ethnic significance. The temple also has a long and storied past. Whether it’s the intricate erotic carvings representing the regal emblems of the Krishna Leela or the exquisite statues, the Laxman temple is an absolute architectural masterpiece. There are displays of both of these characteristics of the temple. In addition, each year, hundreds, if not thousands, of visitors from all over the world flock to this one temple.

Read more:-  The Most Sacred Destination of India 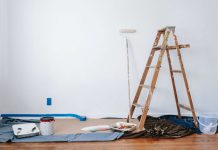 How long should I wait to exercise after eating? 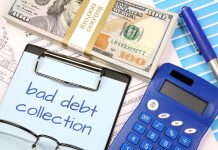 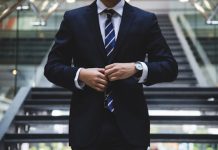 First Day At Work? 7 Reasons Why You Should Wear A... 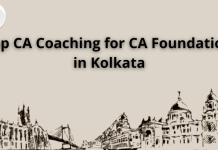 Top CA Coaching for CA Foundation in Kolkata I Studybytech 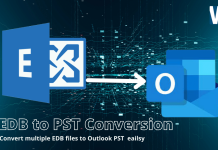