It doesn’t take any brainstorming to understand the dominance of the Android operating system in the mobile app development world. Android is the OS for the vast majority of mobile devices around the world. Different Android versions run simultaneously across different devices ranging from entry-level smartphones to the latest and feature-rich flagship phones from leading manufacturers.

This multiplicity and wider reach across different user bases made Android the undisputed driving force behind the evolving new features and user experience attributes. No wonder it was launched for Android users first, from Dark Background to the Hamburger menu to many others.

On the other hand, an Android application development company can easily take advantage of the web design principles to shape a lucid mobile app user experience. Since Android, nurtured by Google, shares several key design and development aspects of the web, Android developers can easily turn web apps into robust mobile apps.

But because the Android ecosystem is vast and multifaceted, there is stiff competition among the Android apps. It is incredibly difficult for any new Android app to stand apart from the competition and become discoverable. But it is not impossible if you follow the tried and tested success principles advised by expert Android developers. Let’s try to dig into this expert advice and suggestions one by one.

The vast majority of Android apps just fail to make enough traction and money to survive as a business. Only a handful of Android apps really make up the top league of successful apps, while others just struggle to get onboard enough users to continue their journey. This primarily happens because of the lack of user research.

On the other hand, most successful Android apps start with rigorous user research and by putting a lot of energy and resources into validating their app idea before committing to design and development. However unique and creatively brilliant an app idea sounds, you need to subject it to unbiased evaluation and market research. You also need to find out the unique target users who are likely to find it interesting and the reasons for preferring your app.

Have a solid grasp of the Material Design principle

The official programming language for the Android app is now Kotlin, after Java was replaced a few years ago. Kotlin is a powerhouse with several awesome features and the capability to use more readable, low-footprint, and concise code while keeping all the basic promises of Java intact. But that doesn’t just make Kotlin irreplaceable. There are still other good options for building an Android app.

Flutter has emerged as a great alternative to even native programming languages. It is particularly useful for Android projects as it uses Dart, an object-oriented programming language created by Google for building powerful apps that can run across multiple platforms. If you want to begin with Android development and later launch your app across the web and iOS, Flutter is the ideal tech stack to rely upon.

Start with an MVP

Android development is more expensive than iOS and is also more exposed to competition. Hence, putting your previous investment without testing the water can be risky. Most app projects that start with a fully-fledged development these days need to drain a huge sum of money and a lot of development hours into course corrections and rectifications. Any seasoned expert will tell you not to do this.

This is where the Minimum Viable Product (MVP) development approach proves vital for your app project. It is an incremental development approach allowing you to build an elementary app at the beginning with just the features that describe the core value of your app product and then add more features and make changes through subsequent updates as the user feedback continues.

Android operating system and ecosystem by offering a vast maze of different OS versions and device manufacturers throw bigger challenges to app security than the iOS operating system. One of the most commonly referred flaws of Android is compromising app security. This is why expert Android developers always advise you to prioritize security more than anything else.

Following best coding practices by ensuring to write concise and highly readable code is one of the trusted ways to reduce security glitches. Using plugins and add-ons from the most trusted and validated sources and rolling out frequent updates with relevant security patches is another key measure to ensure app security. Adhering to well-acclaimed security measures such as multi-factor authentication and preventing attempts to access core app data are other two important security measures.

As we have already discussed, the multiplicity of the devices and the operating system ecosystem invoke a lot of security challenges for any Android app project, and rigorous testing is needed to do away with these security loopholes and shortcomings. But it is not just the security testing; almost every type of testing is more important for delivering a consistent user experience to Android users irrespective of the devices they are using.

Because Android devices are too many with varying capabilities and feature sets, offering a consistent user experience to the end users always requires subjecting the app to rigorous user testing. On the other hand, evaluating how the app behaves under different stressful conditions and with different levels of resource consumption by the features and user requests is also important.

The performance testing will also help assess the app project’s loading speed and seamless user experience. Another important thing is to test the app across multiple original devices from different manufacturer brands instead of just using emulators for testing the apps.

The dominance of the Android operating system is likely to continue for years to come. But you should also convert this undisputed leadership of the OS platform into great discoverability and traction for your app project. This is where the experience and exposure of the expert Android developers pitch in. Instead of relying on amateurs or so-called “no-code” platforms, you should always hire a seasoned Android development team for your app project.

Will Ben Sims is CEO of Cerdonis Technologies LLC – A software development company that provides a wide range of app development services. Will ben and his team have developed a number of mobile application solutions for various business. Apart from his professional life, Will ben is very good at playing rugby.

Biometric Solution – A Masterpiece in the Verification Market

Should You Get Invisalign or Braces?

A Guide To Lake Pichola, Udaipur 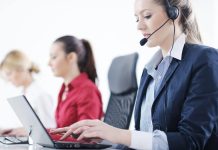 Outbound Call Center Solutions: Why and How to Hire the Best...

WooCommerce eBay Integrator is a Must-Have Plugin for Your Store 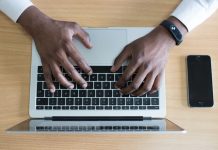 Things You Should Know To Grow Your Digital Business