When we think of visiting Rajasthan, an interesting picture comes to our mind of the enchanting colours, royalty, festivals, festivals and colourful fairs that take place there. Rajasthan is a state that boasts of Incredible India’s head. Your trip to Rajasthan is not complete until you see the fascinating and interesting festivals and fairs there. this blog, informs you about the Amazing Festivals And Celebrations in Rajasthan. You can get to reach Rajasthan Festivals Places by hiring our tempo traveller in Jaipur. You can enjoy the Festivals in Rajasthan.

The International Kite Festival is an Amazing Festivals in Rajasthan that started a few years back in Jaipur and has become one of the most awaited and grand celebrations of Rajasthan. The festival celebrated at the Polo Ground in Jaipur, where the best kite fliers from all over the world show off their kite flying skills. The whole sky gets colourful with kites of many designs and shapes. The most thrilling moment comes, when the kite cut and people start shouting with excitement. Apart from the kite festival, many cultural performances are also organize in the kite festival held in Jaipur, which showcases the many colours of the folk and culture of Rajasthan with vibrancy. In which local dancers and singers perform in the festival.

Gangaur is an Amazing festivals of Rajasthan and Madhya Pradesh and Nimar of Uttar Pradesh, Malwa, Bundelkhand and Brij regions which falls on Tritiya (Teej) of Shukla Paksha of Chaitra month. On this day unmarried girls and married women adoring Shivaji (Isar ji) and Parvati Ji (Gauri). While performing puja, she sings the song “Gor Gomti” while splashing water from the Doob. On this day, at the time of adoration. Bhog is offers by worshipping with sandalwood, Akshat, incense sticks and a lamp. In this festival of Gana (Shiva) and Gaur (Parvati), unmarried girls wish to get the bride of their choice. Married women pray Gangaur Puja and fast on Chaitra Shukla Tritiya for the long life of their husbands. From Chaitra Krishna Pratipada to Chaitra Shukla Tritiya on the second day of Holika Dahan, there is a festival lasting 18 days – Gangaur.

Its believe that Mata Gavarja comes to her Pehar on the second day of Holi and after eighteen days Isar (Lord Shiva) comes to pick her up, her farewell on Chaitra Shukla Tritiya.

Bikaner Camel Festival organize in January month which Bikaner celebrates in honour of the ‘Ship of the Desert’ the Camel. This fair is one of the most popular festivals in Bikaner compared to others in Rajasthan. The Camel Festival in Bikaner is a two-day event. The festival starts with a colourful parade of beautifully decorate camels against the backdrop of majestic Junagarh Fort. The event mainly includes amazing camel performances like camel dances, camel races, neck-shaking camel rides, etc. you can also visit the Bikaner camel festival through our bus rental service from Jaipur.

Ramdevra Fair is organize after Baba Ramdev Ji. Baba Ramdev was Tanwar Rajput and a pietist who took “Samadhi” which is a process of awake exit from the human body in the year 1458 AD. A large fair is organize here from Bhadon Sudi 2 to Bhadon Sudi 11 which comes between the months of August to September. Ramdevra Mela is attend by thousands of devotees who come in large groups from all around the world. Regardless of their caste, creed or religious bonding, these devotees throng the shrine dedicated to the saint.

These groups organize night-long singing of bhajans and kirtans to pay respect to Baba. Maharaja Ganga Singh of Bikaner build a temple around the ‘samadhi’ in 1931 AD. Ramdevra Mela is held in Runeecha Ramdevra. Rice, coconuts, churma and wooden horses in respect are offers to Baba Ramdev by the devotees in the temple.

The Desert Festival is a famous tourist attraction of Jaisalmer, held in February at Sam Sand Dunes, 42 km from the city. In this, you will be able to enjoy the best of Rajasthan’s folk dance, folk music, folk culture, Ghoomar and the best of local artists. Tourists can enjoy various cultural events, camel races, turban tying, and the best moustache competition. Artists from India as well as from abroad also exhibit their art at this festival. Here you can get to see many unique feats. The mind will be happy to see the decorated camels, men and women performing here in traditional clothes. If you want to make this trip memorable, then you can also click the photo. From playing polo to desert safaris can also enjoy it here. It is a three-day festival.

Matsya Festival is one of the most prominent and famous festivals of Rajasthan which is organize every year in Alwar city of Rajasthan. The annual Matsya Festival is organize to celebrate the traditional values and beliefs of Rajasthan as well as the colourful customs here. It tried to reach people in different creative ways. What makes this festival in Alwar special is the dance programs, folk songs and music programs, colourful exhibitions, cultural exhibitions, traditional sports and arts and crafts fairs. If you are interest in photography, then you can also take pictures one by one here. Adventure sports are special in the competitions in this festival, which lasts for two days.

From parasailing to hot air ballooning, and jorebelling ball you can enjoy by joining this festival. So that you can take full care of your health during the festival. The game of handkerchief played in childhood is special in the Matsya festival. Along with this, it is funny and very thrilling to see the ropes of women in colourful traditional clothes. Apart from this, archery is also a very famous sport of the festival in which local people use handmade bows and arrows.

A popular Amazing festivals of Rajasthan, Brij Holi celebrates a few days before the main Holi festival. While the festival devoted to Hindu God Krishna, it also impersonates the eternal love of Radha and Krishna. Locals participate in the festival with full enthusiasm and unity and also perform many cultural activities and stage shows including the traditional Rajasthani folk dance. Men and women are seen dressed in their colourful clothes, making the district look lively and beautiful. Dance songs play in the background and people plump colours and coloured water on each other. Even, before diving into these exciting activities, people take a holy dip in the BanGanga River as its believe to cleanse sins. Devotees also visit the Radha-Krishna temple early morning which is situated on the bank of the river. This is a two-day festival.

What Makes Christmas Cookie Boxes Stand Out From the Competition?

How Users Identify The Best Stock Trading Platform in Australia 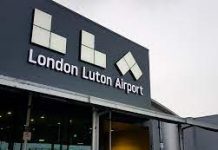 Ways to reduce travel stress by reserving an airport taxi 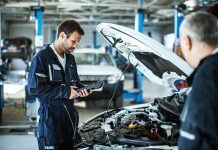 5 Tips to Improve Cash Flow In Your Auto Repair Business 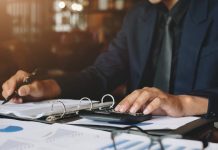 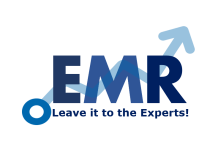 Global Packaged Burgers Market To Be Driven By Expansion Of Retail...