Equipment used to put out flames or safeguard users against them is known as fire fighting equipment. It can be applied by qualified firefighters, untrained individuals at the scene of a fire, or it can be incorporated into the construction of a building, like a sprinkler system. Not only do fire hoses and fire extinguishers come under the category of “fire fighting equipment,” but also fire resistant protective apparel, fire resistant gloves, respirators, and communication devices.

Equipment for preventing fires comes in many different varieties. Each gadget is made specifically to handle various fire classes in a variety of situations. Finding fire fighting equipment suppliers in Dubai is made easier with the aid of an online business directory in UAE.

Some of the portable and fixed fire extinguisher systems that can be employed in the event of a fire are listed below.

As its name implies, it is used to extinguish fires in emergencies. Nearly all commercial and noncommercial buildings are equipped with fire extinguishers. Due to its portability, it is used to put out small fires as opposed to those that are out of control and would require the assistance of a fire brigade. Extinguishers have a variety of extinguishing agents packed inside the cylinder to handle various sorts of fire.

You need an efficient alarm system that conforms with fire and safety requirements whether you run a small, medium, or large business. Fire alarms provide an early warning before the fire spreads out of control, thereby preserving lives and property. In the event of an unexpected fire, a few extra seconds could save lives.. In order to detect smoke and activate sirens in case of an emergency, multi-storey buildings must have alarm systems installed on each floor. Though it cannot put out a fire, an alarm system can notify those in charge and prompt them to take appropriate action.

The fire hydrant is a very helpful tool for combating fires and quickly putting them out. When a fire breaks out, the fireman can simply acquire the water by opening this connection, which is connected to the water supply source. The hydrant system is capable of supplying water at very high pressure. The fire can be put out quickly with high pressure water.

The sprinkler system has made significant advancements over time and is frequently regarded as the most reliable firefighting apparatus. It consists of a sprinkler head attached to a pipe that supplies water. The sprinkler activates when a fire is detected and begins to sprinkle high-pressure water on the blaze. These firefighting tools now have the ability to detect heat and spray water into a room before a fire breaks out. This has also raised demand for it in residential societies as well as in industrial and commercial structures. The main purpose of sprinkler systems is to put out out-of-control flames.

One sort of fire suppression system that uses fine water mists to put out fires is the water mist system. Water droplet size affects how well it suppresses fires; the smaller the droplet, the better. It is a safe replacement for carbon dioxide systems, which are unsafe. Low, medium, and high pressure water mist systems are each effective in specific fire situations with little water damage. To prevent re-ignition, the tiny droplets cool the flames by evaporatively displacing oxygen and dampening heat.

The hose reel system is permanently attached to a water supply to fight fires. It comprises a hose guide, an on/off valve, and a nozzle at the end of the hose. This kind of firefighting gear is primarily used to put out fires that can be doused with pressurised water. The water flow and direction are ultimately controlled by the nozzle.

A Complete Guide You Should Know About The Best Italian Dinner... 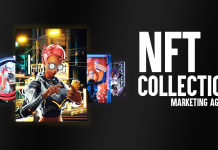 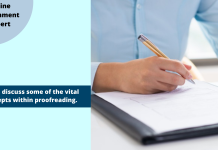 Let us Discuss some of the Vital Concepts within Proofreading. 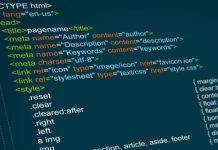 Why is Java a platform-independent language? 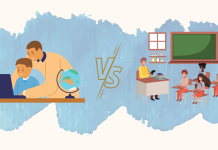 Homeschooling is better than Traditional Schooling_ Here’s Why