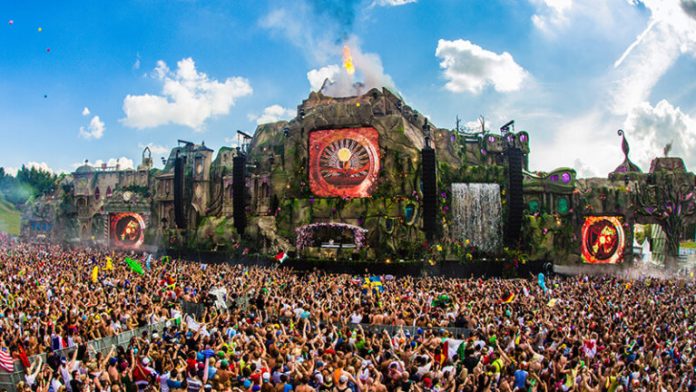 On Memorial Day weekend, head to The Gorge, which is an internationally awarded amphitheater. Be enthralled and enchanted by a unique line up of artists at the 2014 Sasquatch Music Festival like Tokimontsa, Washed Out, Brody Dalle, Damien Jurado, Panda Bear and De La Soul among many others. This 3-day event will have you jumping up and down with the music, dancing to the beat and bonding with your music-loving friends like you’ve never done before.

Bonnaroo offers you a unique blend of arts and entertainment in one unforgettable festival. This year, the Sonic Stage will feature a fantastic lineup of artists such as Kanye West, Ms. Lauryn Hill, Capital Cities, Superjam with Skrillex , The Flaming Lips and so much more.

Spend some time at the Sonic Village and get the chance to see your favorite artists in an intimate setting. Also make sure to check out the Silent Disco and bust a move with the hottest dance beats today.

Get close to nature at the same time have a truly exquisite musical experience right here at the Electric Forest Festival. Bring all your camping gear and be prepared to have the music festival experience of a lifetime.

This year’s impressive lineup of musicians includes The Woven Tangles, Cosby Sweater, Gemini Club and Dixon’s Violin. From fireworks, to luxurious light and sound shows, to dancers in exotic costumes, you will be taken to a totally different dimension.

Sun, sand, sound and lots of fabulous musicians. These are just some of the things that you are going to experience at the Hangout Music Festival. Featuring over 70 bands including Jack Johnson, The Flaming Lips, The Killers and Outkast, this is one truly awesome party that you would not want to miss. Soak up the sun, dance like no one’s watching, raise your arms up in the air and simply have the grandest time of your life.

This year, Randall’s Island will once again host one of the country’s most awaited musical festivals, The Governors Ball. You are absolutely going to love grooving to the beat, singing your heart out, and just spending quality time with your best buddies.

Take a trip down to New York and party with the festival’s exciting line up of artists such as Vampire Weekend, the Strokes, Broken Bells, Empire of the Sun, and Jenny Lewis. Enjoy other activities at the festival too such as photo booths, free water refilling stations, art installations and lawn games.

Newport has always been known for cultivating and promoting Folk Music. Since the festival’s humble beginnings in the 1960’s, it continues to serve music enthusiasts and fans like you who crave innovation but appreciate tradition.

Experience the music of the country’s top folk artists like Nickel Creek, Jeff Tweedy, Band of Horses and Deer Tick. The Newport festival features 4 stages of music, fun arts and crafts, delicious food stalls and a number of creative displays.

“Music. Art. Food. Experiences. Community. Surprises”. These are the thrilling offers that visitors can indulge in when attending Governors Ball Music Festival. A bustling event held annually on Randalls Island, in New York City, the festival features an array of genres and styles of music, from electronic and hip-hop, to indie and folk.

Country music lovers, rejoice! Stagecoach Festival is back in 2022 bringing together some of the top performers of the country, including names like Carrie Underwood, Brothers Osborne, and Luke Combs.

Held in the sun-kissed grounds of the Empire Polo Club, in Indio, California’s country music festival will feature a fun-wealth of attractions, like a honky-tonk dance hall, a Ferris wheel, and a pop-up bbq restaurant by the one-and-only Guy Fieri!

The Pitchfork Music Festival will proudly celebrate its 15th anniversary in 2021 with an electrifying list of music concerts throughout an entire weekend in September.

Taking place in the Union Park, Chicago, this year’s event will be headlined by Erykah Badu, St. Vincent, and Phoebe Bridgers, and will feature performances by Cat Power, Big Thief, Angel Olsen, Animal Collective, and more.

The Afropunk Festival is one of the Best Concerts In The USA that includes live music, film, fashion, and art performances produced by an influential community of black artists. The festival made its debut at the Brooklyn Academy of Music (BAM) in 2005, and has since expanded to other parts of the world. Afropunk’s changes to its diverse cultural showcase has allowed for the festival to build its masses to 60,000 attendees.

This year’s edition is back in Atlanta Music Festival offering an exciting weekend-long musical experience that caters to their diverse community. Top performances include artists like Foushée, Rico Nasty, Smino, and more.

Not to mention that they’ll also have a number of delicious black-owned food trucks to give attendees extra energy between concerts!

Of all the amazing music festivals happening in the US throughout the year, the Coachella Valley Music and Arts Festival has got to be one of the most-awaited.

Held annually in the picture-perfect Coachella Valley, in California, the festival features a dazzling array of musical artists from many genres — from rock, to hip hop and electronic dance music —, including names like Beyoncé, Daft Punk, Snoop Dogg, and Amy Whinehouse.

Known for the buzz and vibrance of its lineup, Coachella attracts over 200,000 people each, and in addition to hosting live music, the festival showcases visual artworks, like installation art and eye-popping sculptures.

When Summerfest revealed around 100 headliners in May, they were just getting started. Taking place over three consecutive weekends, the lineup features a whopping 800+ artists across 12 stages. Those who were anticipating the 2020 event can expect to see the majority of the same headliners this year, as well as a new comedy show headlined by Michael Winslow from Police Academy. The roster promises an eclectic range of genres and eras from Guns n’ Roses and Justin Bieber to Dave Matthews Band and Megan Thee Stallion, plus Twenty One Pilots and Blink 182. Wisconsin, too, will be represented with R&B artist Grace Weber, country musician Nora Collins, singer and rapper Klassik, and Beatles and Metallica mash-up band Beatallica.

It wouldn’t be a true Wine Country event without an abundance of vino, gourmet food, and a mid-fest massage (seriously). But BottleRock really sets itself apart by satiating both your flavor and sonic palettes – and the range of attractions don’t disappoint. Expect a celebrity culinary stage and an on-site spa, in addition to a lineup that combines time-honored classics (Stevie Nicks, Foo Fighters), with hip hop bangers (Digable Planets, Megan Thee Stallion, G-Eazy), soulful crooners (Jon Batiste, Black Pumas, Lawrence), and dreamy pop (Future Islands, Absofacto).

Forget about flower crowns and neon tank tops—Riot Fest is a place to show off your old high school jean jacket, plastered with patches and pins. Originally conceived as a punk-rock celebration, this three-day event has grown to welcome alternative rockers, hip-hop acts, electronic artists and more, with a focus on highly anticipated reunions (The Replacements, Jawbreaker and Misfits among them). You can also ride a Ferris wheel, eat funnel cake and see a sideshow – it’s kind of like a state fair with way better music. This year find headliners like The Smashing Pumpkins, Lupe Fiasco, NOFX, Run the Jewels, Nine Inch Nails, and the Pixies. Choosing the Perfect Home Builder in Vancouver BC

How to Get Cheap Structural Drawing Services?

What are the Advantages of Electronic Pressure Regulators Over the Mechanical...

How To Create A Self Care Routine 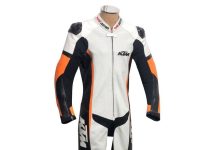 What should you wear under Motorbike suit 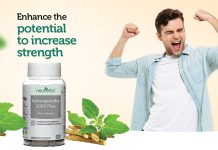 Surprising Health and beauty benefits of Ashwagandha you must Know 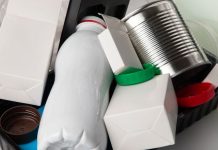 Today More Than Ever Why Biomedical Waste Management Is Essential 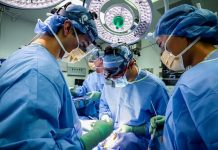